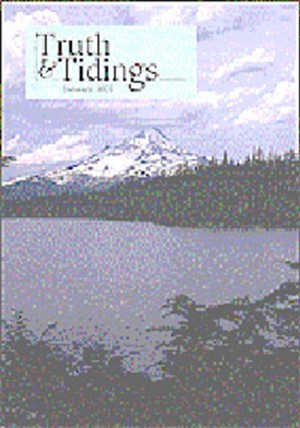 The word “assembly” in Romania is very ambiguous and is used to describe various groups of the Lord’s people. There are very many genuine believers in the Lord Jesus Christ in the country and many souls have been saved, particularly following the revolution in December 1989. However, the majority of believers in the country are part of one of the various denominations which exist. A local assembly is a company of baptized believers who gather to the name of the Lord Jesus Christ. There is no human organization or denominational title, the sole authority being the Lord Jesus. The Holy Scriptures are the guide for spiritual functioning. If this definition is used, there are very few such assemblies that we know of in Romania which honestly fit this Biblical description. Readers of this article should be aware that much of what is written and said about “assembly” work in Romania is in connection with a denominational group and should not be confused with autonomous local assemblies such as will be described in this article.

Here in Brasov, where I live with my wife, Julia, and five young children, the Lord was pleased to establish a little assembly just over two years ago. It is always a joy to see the hand of the Lord at work in salvation, restoration, and in drawing the hearts of His people unto Himself. However, as we know, any work of God will come under Satanic attack, and last summer he made a very real attempt to destroy the work which resulted in almost half of the small assembly leaving. Notwithstanding this, the Lord has been pleased to defend and preserve the assembly and toward the end of last year, a young man, followed shortly afterwards by his fiancee, was saved, baptized, and added to the assembly. We have just had the joy of baptizing a sister who has been saved for some time, and she too has been added to the assembly. Please pray for the little assembly of 11 believers, that the Lord will continue to work in our midst and that the work will grow and be further established for the glory of God and for the manifestation of the life of Christ more and more in His redeemed people.

I often visit two other assemblies in particular, in Ploiesti and in Curtea de Arges. My main work is in teaching the Word of God, and in the assembly at Ploiesti, various consecutive studies have been carried out with the saints over the years. The assembly has around 60 believers in fellowship, amongst whom are many young men and young married couples. There is a need for more of the brethren to feel their responsibility and to share more in the burden of the work. Please pray for the raising up of brothers who will be used by God for the furtherance of the testimony. The saints are very active in gospel outreach. Please pray that souls may be reached and saved as a result of efforts in the gospel.

In Curtea de Arges, the Lord has been working in the small assembly over the last three years, and the work has grown. Please pray for the further growth and development of the work, that it will grow and go in the direction the Spirit of God would lead. There are continuing opportunities for service both here and in the nearby village of Corbeni, where from time to time we have the opportunity of bringing the Word of God to several spiritually hungry believers who confess that they get little spiritual food in the denomination they attend.

A new sphere of service which opened up a little over a year ago is in the Republic of Moldova, which lies to the east of Romania and is one of the former Soviet states. Via the “Green Pastures” magazine for believers, we came into contact with a small group of believers with the desire to gather out to the Name of the Lord Jesus Christ. A little assembly was established in the village of Rosu just over a year ago. There are presently around 20 believers in fellowship, some of whom come from the nearby town of Cahul. Please pray for the growth of this work, as it needs much spiritual help. Gabi and Misa are two young married brothers who bear most of the burden of the responsibility in the work, and lack of maturity is evident at times. There have been many opportunities in the gospel in these two localities and at present a weekly cottage meeting is held in brother Misa’s home, which many unbelievers have attended. We seek in our visits to give spiritual help as the Lord guides and enables, and through our many visits a good relationship has been built up with the saints. We find that we also have lessons to learn from our visits.

In all the activities mentioned in this article, I work very closely with a fine brother from Ploiesti whose name is Daniel Enea. Over the years, the Lord has constantly brought us closer together in serving the Lord, and this partnership in service was enhanced even more early last year when brother Daniel left his employment in answer to the call of God in order to have his full time available for the work of the Lord. I know he would greatly value your support in prayer in the work to which the Lord has called him.

I will also briefly mention the “Green Pastures” magazine for believers, with which I am involved. The interest in the magazine has been growing steadily and there are now over 4,000 copies being distributed free of charge every two months. The magazine is now in its seventh year and prayer would be valued that it will continue to be used of the Lord in some measure to meet the great need for teaching among believers generally in Romania. We believe that a fresh revelation of Christ in the fullness of His Person and in the eternal and practical significance of His death on the cross and subsequent resurrection is the true answer to the general spiritual decline of the people of God today.

I trust that this brief outline of the work of the Lord we are engaged in here in Romania will encourage many to pray. We value prayer as being the most important factor, without which no real, lasting spiritual work can be accomplished. Pray for us!