Is the spiritual house of 1 Peter 2:5 the local assembly or the Church, His Body?

In 1 Peter 2:5, there is little reason to doubt that the “spiritual house” spoken of by the apostle is the Church, the body of Christ, which is made up of every believer from Pentecost to the Rapture, and not the local assembly. A number of considerations should make this clear.

First, it is important to note the context of the epistle. Along with the epistles of James, John, and Jude, 1 and 2 Peter are classified as catholic or general epistles. This means they are addressed, not to a specific company or individual as is the case with the epistles of Paul, but to a wider audience of believers. Thus, 1 Peter opens with a greeting to “the strangers scattered throughout Pontus, Galatia, Cappadocia, Asia, and Bithynia” (1:1, KJV). Clearly, these believers would have belonged to more than one assembly, and Peter could not have described them as being built up into one, singular, spiritual house.

Second, it is helpful to consider the way in which the metaphor of building is used elsewhere in the NT. The most obvious parallel is Matthew 16:18 (KJV), where the Lord promises “upon this rock I will build my church; and the gates of hell shall not prevail against it.” Here it is the Church in the widest sense that is in view, and not the local assembly. First Corinthians does describe the local assembly as a building, but the picture is a very different one from what we find in Matthew and 1 Peter. In these passages, the believers are the stones and Christ is the builder. In 1 Corinthians 3, each believer is a builder, building an individual contribution into the assembly. This is clearly not what is in view in 1 Peter 2.

Finally, the immediate context of the verse makes it clear that Peter has his eyes on a much larger context than the local assembly. He is writing primarily to the Jewish saints of the diaspora, who have experienced alienation from their own people and exile from their own home, and who are passing through persecution and suffering. Peter encourages them by contrasting their position with that of unbelieving Jews and with the dignities enjoyed by Israel under the Law. These believers had been scattered far from the Temple in Jerusalem, from the “nail in His holy place” (Ezra 9:8, KJV) which gave a center and stability to the life of every Jew. Peter reminds them that they are now part of a greater and grander spiritual structure. They had lost the comfort of an earthly priesthood and the opportunity to offer the sacrifices of the Law, but had been exalted to a far greater dignity – that of holy priests, who offer spiritual sacrifices. Continuing in this vein in verses 9-10, he applies a series of expressions that speak of the dignity and distinctiveness of Israel to these scattered refugees. Each one of these emphasizes the unity of believers – one generation, one priesthood, one nation, one priesthood. The local assembly – by definition local, partial, and plural – simply does not fit in this passage.

The context of the epistle, the broader NT use of the imagery of building, and the content of 1 Peter 2 all point us to the same conclusion. The “spiritual house” of 1 Peter 2:5 is the Church, the body of Christ, and not the local assembly. 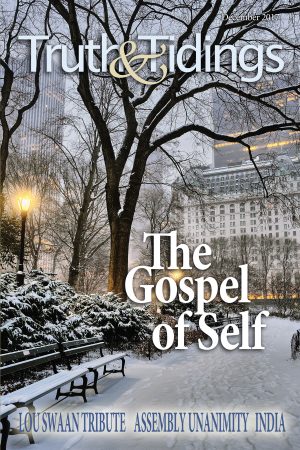