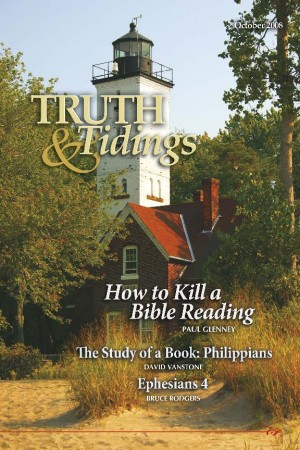 Was it God’s will for Elimelech to move to Moab?

The answer to this seems obvious. God placed the tribes of Israel in their assigned area (Josh 13:6). His purpose for His people was to possess that land for Him, so its produce would provide offerings for His honor. Elimelech left his God-given heritage. He may have ration-alized his decision because conditions in Bethlehem were not right, as the famine indicated. He may have reasoned that he had to take care of his family’s need for food. Such pragmatic reasoning based on the wrong of others and the justifiable needs of his family did not change his responsibility to produce worship for God according to God’s revealed will.

In addition, God warned Israel of the snares (Deu 12:30) they would encounter by association with the nations around them. They learned to live with them, become associated with them, and become like them (Jdg 3:5, 6). In particular, the Lord made a clear distinction between His people and the Moabites (Deu 23:3). Eli-melech disobeyed the Lord both in leaving Bethlehem and in going to Moab.

To some, however, the answer is not so obvious, because of the good outcome of Elimelech’s action. In God’s grace, He brought Ruth into the royal lineage, thereby raised up David (Ruth 4:17), and preserved the promised lineage of Christ (Gen 49:8-10; Mat 1:5, 16). But God’s Spirit rejects the argument, “Let us do evil, that good may come” (Rom 3:8). The end does not justify the means. Solomon’s conclusion in his search for wisdom was, “God will bring every deed into judgment . . . whether good or evil” (Ecc 12:14). We are accountable for the moral quality of our every action; God is responsible for the outcome. God graciously allows “redemptive good” to come from evil, but that doesn’t justify the evil. Judas’ betrayal of the Lord Jesus is a case in point.

How will I know God’s will in a choice between staying in the assembly where I am or moving to another assembly miles away whose people and activities are more appealing to me?

When Paul illustrates the unity of the assembly in its functions, he uses a human body (1Co 12:14-26). His statement that “God set the members every one of them in the body, as it hath pleased Him” (v 18) therefore indicates that God’s pleasure and wisdom are evident both in the placement of various functions in the human body and in placing various believers in an assembly. We are placed in an assembly, “according as He willed” (v 18, YLT). Therefore, the general conclusion is that a believer is in God’s will to remain in the assembly where He is.

An assembly’s wilful departure from God’s Word (not merely a difference of opinion) may (?) indicate God’s will to move to the fellowship of a different assembly. God may use circumstances such as employment to move a believer to another location and another assembly. Relocation causing a believer to leave assembly association is not God’s will.

But, making a move to another assembly based on one’s own preferences (its people and/or activities are more appealing) is like manufacturing your own light to guide your steps. Of such a choice, God states, “This shall ye have of Mine hand; ye shall lie down in sorrow” (Isa 50:11). In addition, it is wise not to become enamored by the “green grass” of a distant assembly. Each assembly has its own difficulties. Devote yourself to fostering in your own assembly the features you admire in a distant assembly.

What Bible principles guide us regarding involvement in an outreach work that a neighboring assembly opposes?

While we are responsible to “go into all the world” with the gospel (Mar 16:15) and can see the need of souls in a neighboring community, some other Biblical principles may also apply to such a choice.

Each assembly is responsible to God for it own decisions. The Lord teaches this direct accountability when He introduces His instruction regarding an assembly (Mat 18:18). Therefore, if an assembly is concerned about the people, methods, or associations of an outreach work involving its own believers, an assembly believer from a different assembly should respect that assembly’s concerns.

The safest course of action is to consult with those who guide (Heb 13:17 RV mg.) the assembly where you are. They likely have a better understanding of the issues involved. Perhaps they will know how it is possible to be involved in that outreach in a way acceptable to both them and the neighboring assembly. That is possible, but unlikely. The Lord’s awareness of His mission moved Him “into the next towns” (Mar 1:38) and we have “next towns” to visit with the gospel if the door is closed in one town.

Is it ever God’s will for an assembly Christian to marry an unbeliever or a believer who is not in assembly fellowship?

For believers, the Lord places this restriction: “only in the Lord” (1Co 7:39). The New Testament distinguishes between the expressions “in Christ” and “in the Lord.” “In Christ” relates to our union and position in relationship with Christ. “In the Lord” expresses our submission in responsibility to the Lord. Marriage in Christ would involve marriage to another Christian. Marriage in the Lord involves the marriage of two believers who are willing to submit to the Lord. Full submission to His lordship includes gathering to His name (Mat 18:20).

Marrying an unbeliever or marrying a believer who does not submit to the Lordship of Christ violates God’s Word and cannot be His will.