Some years ago, a Peruvian couple (Raúl Elcorrobarrutia and Rosario Loly Ortíz) emigrated to Venezuela when that nation, now crumbling, was a magnet of attraction due to its rich petroleum reserves and low cost of social services, staple products, and extremely low gas prices. The couple came to Venezuela seeking material wealth, but instead received a far greater treasure when they were reached by the gospel of the grace of God that saves and transforms. They then began to develop a burden for the salvation of their relatives in Peru and felt the weight of the commission given to the recent convert of Gadara, “Go home to thy friends, and tell them how great things the Lord hath done for thee, and hath had compassion on thee” (Mar 5:19 KJV).

Raúl and Rosario invited my wife Carmen and me to travel with them to Peru and help in getting the gospel to their relatives. We arrived in Huaral (population of 100,000 and situated 80 kilometers north of downtown Lima) in November 2002 and, after visiting the homes of Raúl and Rosario’s family, started a gospel series in a small hall off Los Angeles Street, with a large number coming out each night to hear the Word of God. However, with the passing of time the numbers declined to nearly zero, showing us that the initial enthusiasm was due to mere curiosity. Nonetheless, thanks be to the Lord, others outside the family showed interest and we were moved to continue two outreach visits each year (later three), with the help of other dear Venezuelan believers who came with us and dedicated much time and resources in the gospel. It was also during those early days that the Lord brought us in contact with some who had connection with Piura (16 hours north of Lima), and as a result of expanding gospel outreach to that area bordering Ecuador, in March 2015, the Lord gave us the joy of seeing an assembly established in La Arena, in the sector of Bajo Piura.

Initially, a good number of souls professed salvation in Huaral but, evidently, they were plants that our heavenly Father had not planted (Mat 15:13) and gave evidence they were not sons in the family of God. Nonetheless, to our encouragement, a few have remained faithful. We believe the time has come to establish an assembly in this locality for the following reasons. First, there is a small base of Peruvian believers; second, there are also some Venezuelan believers there in a state of permanent residency (not temporary migrants); and third, a year ago brother José Delgado was commended to the work of the Lord from Venezuela and, along with his family, has decided to reside in Huaral to support the Lord’s work there and use it as his missionary base in the service of the Lord. Therefore, unless the Lord indicates otherwise, on July 7, 2019, a group of believers in Huaral will celebrate the Lord’s Supper, glorifying thereby our God and Father and honoring the Beloved Son that was given for us. Please pray for gospel outreach in the town of Catacaos and the city of La Unión, both near the La Arena assembly in Piura, northern Peru. 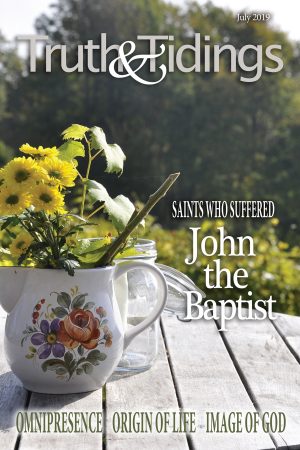