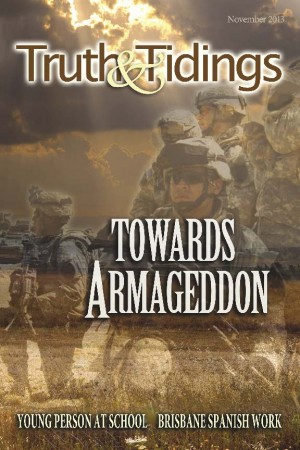 Why were Adam and Eve sent out of the Garden and from the Tree of Life?

Adam, in concert with Eve his “help-meet for him,” was placed over all creation, as set forth in Psalm 8:5-6 (including angels who were ministering spirits to mankind).

“For Thou hast made Him a little lower than ELOHIM, (I know the LXX is quoted in Hebrews 2:9 and it reads “angels” but this is the state to which the fall brought Adam and the race – Adam was created a little lower than “Elohim”). And hast crowned Him with glory and honor, Thou madest Him to have dominion over the works of Thy hands, Thou hast put all things under His feet.”

Thus Adam, as head of creation, had to be tested and God did exactly this in the two trees placed exactly in the midst of the Garden – the phrase is linked with both trees (see Gen 2:9, NET). The trees were for tests in two areas of man’s personality:

Each day they ate of all the trees. When they ate of this one, they showed they were dependent upon God for all that pertained to life in its fullness, including its duration.

Tree 2: The Tree of the Knowledge of Good and Evil – Divine Prohibition pointed to Divine Protection.

Man is not only dependent upon his Creator God but is expected to be devoted to that same Creator God as shown by his act of chosen obedience, not to eat of this tree. Man had a choice (Pax Calvinists) and God would test man as to whether he would obey or disobey.

Man was thus on probation. This condition would not persist indefinitely, but, until one man had passed the test. The test having been passed, man could then be trusted with the unfolded purpose of God to dwell with His people in the eternal state where Eden conditions would be enjoyed by all the progeny of Adam and Eve in complete fellowship with their Creator.

But – and what a “but” this is – man fell! And the result is total disaster. The sentence Adam and Eve had been warned about fell upon them: “In the day thou eatest thereof thou shalt surely die.” Instantly, within that 24-hour day, the guilty pair knew what spiritual death meant – immediate separation from God. The link of life was broken, the light went out, and shame and fear were introduced – and the culture of blame.

Now, lest the guilty couple eat of the Tree of Life and prolong this dreadful condition beyond the span God had intended, God expelled them from the Garden and placed at the gate the guardians of divine holiness and divine righteousness – cherubim with flaming sword. Anyone coming into the presence of God from this defiled scene must face death.

But what about physical death? This did not happen instantly, but for 930 years Adam lived in the fear of physical death and the solemn note is recorded “and all the days that Adam lived were nine hundred and thirty years; and he died” (Gen 5:5). Was this not within the thousand probationary years – the day when he sinned and died? It will have been noted that none of the first generation lived beyond the day of one thousand years (Psa 90:4; 2Peter 3:8).

There are three pictures intertwined in the passage. These would all derive from the word “enmity,” which in the Hebrew is closer to “hostility,” almost depicting a “war-zone” between the serpent and the woman:

If “seed” is taken as literally as it is possible to take it, this could account for hatred between “snakes” (seed of the serpent) and “men” (seed of the woman). These two are constantly at war.

No similar persisting hatred seems to exist between any other creature and man. It is not true that the head of the snake and the heel of the man are the danger zones respectively for snake and man. I think that Josephus gives this as an old Jewish interpretation.

Certain unbelievers are addressed by the Lord very bluntly indeed: “Ye are of your father the devil and the lusts of your father ye will do” (John 8:44), and John the Apostle writes of Cain “who was of that wicked one and slew his brother” (1John 3:12).

Other Scriptures will come to mind and I can see in this picture this same hostility which unbelievers have for believers. So, in a way, both seeds are morally pictured as in 1 John 3. (The collective singular in “seed,” or “offspring,” is used with a singular verb.)

Certain actions characterized Satan and mark those who morally identify themselves with him down through the ages: Cain took a life; Christ gave a life. What actions identify us? The collective singular in “seed,” or “offspring,” is used with a singular verb.

The Christian interpretation (protevangelium) goes back as far as Irenaeus (who ministered c175 to c195 as bishop of Lyons and was reckoned to have known Polycarp). The one whom the serpent symbolizes is Satan and the seed of the woman is Christ (Gal 4:4) and the personal hostility down through the years comes to a climax at Calvary when through His heel (His manhood), Christ is brought into death by divine purpose. But Satan cannot keep Him there. In His resurrection Christ gives Satan the crushed head. As Scripture says, “that through death He might destroy him that had the power of death, that is the devil.”

There is a further point to be examined; when the moral and the literal come together in the seed of the serpent being the Man of Sin (2Thes 2:2-4) who heads up satanic rebellion against God at Armageddon; and when Christ is seen as the Seed of the woman (Rev 12:5). The serpent’s head is now publicly seen to be crushed.