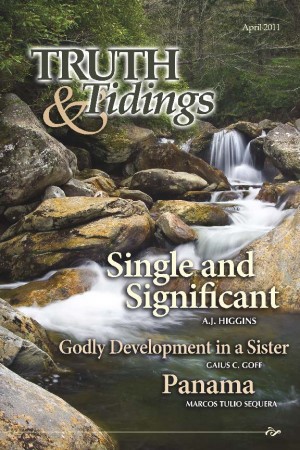 What does it mean to be sanctified? What is a “saint” in the New Testament sense of the word? What is holiness? Does holiness differ from sanctification?

First, the words saint, sanctify, sanctification, holy, and holiness all come from the same Greek word. All have the same root meaning. Second, we must not confuse ourselves and others by attempting to distinguish between things that are identical! Third, the root meaning in the words is that of being set apart by God and for God. There are, however, different aspects of sanctification in the New Testament. Consider what the Bible reveals about four of these distinctions.

Sanctified Prior to Conversion

Paul addressed the believers in Thessalonica and told of the calamities that will befall those “that know not God and those that obey not the gospel of our Lord Jesus Christ” (2Thes 1:8). He contrasted that with the character of the believers. “But we are bound to give thanks alway to God for you, brethren beloved of the Lord, because God hath from the beginning chosen you to salvation through sanctification of the Spirit and belief of the truth: Whereunto He called you by our gospel, to the obtaining of the glory of our Lord Jesus Christ” (2Thes 2:13-14). Was there not a setting apart by the Spirit that we might be dealt with by Him and brought to belief in the Lord Jesus? Look at the order: Chosen, convicted, converted, called by the gospel, and anticipating the celestial glory. Peter conveyed the same thought when he described the believers as being “elect according to the foreknowledge of God the Father, through sanctification of the Spirit, unto obedience and sprinkling of the blood of Jesus Christ: Grace unto you, and peace, be multiplied” (1Peter 1:2). Notice the order: We were set apart for and by the dealings of the Holy Spirit; we obeyed the gospel as in 1:22, 4:17; and came thus into the good of the work of the cross.

When Paul wrote to the believers in Corinth, he was addressing a local church with many serious personal and corporate problems. But consider his introduction: “Unto the church of God which is at Corinth, to them that are sanctified in Christ Jesus, called to be saints” (1Cor 1:2-3). They were all “sanctified in Christ Jesus” and were all “saints by calling,” this being the actual sense of the words. This is what we call positional sanctification – set aside positionally by God and for God! The believer became a saint at the moment of conversion.

The believer became a saint and was positionally sanctified at the moment of conversion. However, while the believer is in the flesh (physical), he will have within him the flesh (ethical) and will thus always be engaged in a warfare between the flesh and the Spirit. Notice that the Bible does not speak of a warfare between two natures nor of a conflict between the old man and the new man. The problem is with the flesh—the sinful principle within that was not removed or improved at conversion. Carnality is a consequence of following the desires of the flesh. Consider this passage on progressive sanctification. “For this is the will of God, even your sanctification, that ye should abstain from fornication: That every one of you should know how to possess his vessel in sanctification and honor; Not in the lust of concupiscence, even as the Gentiles which know not God (1Thes 4:3-8).

The God Who caused His Holy Spirit to indwell us desires our holiness. Was this what the Lord Jesus prayed for when He said, “Sanctify them through Thy Truth; Thy Word is Truth” (John 17:17)? Is this not what the Psalmist sought when he wrote, “Wherewithal shall a young man cleanse his way? By taking heed thereto according to Thy Word” (Psa 119:9). Peter wrote of this aspect of sanctification when he advised young believers to be “laying aside all malice, and all guile, and hypocrisies, and envies, and all evil speakings, as newborn babes, desire the sincere milk of the Word, that ye may grow thereby: If so be ye have tasted that the Lord is gracious (1Peter 2:1-3).

We are often perplexed by Paul’s words when he addressed the spouse who is married to an unbeliever. “For the unbelieving husband is sanctified by the wife, and the unbelieving wife is sanctified by the husband: else were your children unclean; but now are they holy” (1Cor 7:14). Evidently, Paul is writing of the great privilege an unbeliever has in living with one who lives the gospel and in witnessing the changes in a life that has been transformed by the Lord Jesus. The children are sanctified by the influence of godliness. This privilege may be related to what we read about in Hebrews 10:29. The Jew was privileged in the early days of the church to hear the claims of the Christ. In Hebrews many apostatized – they turned away. Hopefully, that is not the case in those found in the special circumstances of 1 Corinthians 7.

“Behold, what manner of love the Father hath bestowed upon us, that we should be called the sons of God: therefore the world knoweth us not, because it knew Him not. Beloved, now are we the sons of God, and it doth not yet appear what we shall be: but we know that, when He shall appear, we shall be like Him; for we shall see Him as He is. And every man that hath this hope in Him purifieth himself, even as He is pure” (1John 3:1-3).

The Christian awaits the day when he shall be finally and totally transformed. We shall be like Him. Sin and its consequences will no longer be part of the equation. Perfect in every way! Consider John’s words: “He that has this hope set on Him purifies himself even as He is pure!” Then, and only then, the saints will be permanently and perfectly, sanctified!