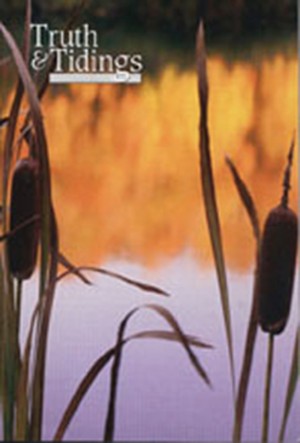 In the previous article we observed that the slothful man is reluctant to put his hand to anything requiring diligence and effort. But even when he does commence a task, he is noted for failing to complete it. The slothful man does not finish what he starts. “The slothful man roasteth not that which he took in hunting” (12:27). After the effort has been made to engage in the hunt and catch the prey, the work is not complete, as the animal has to be prepared and then roasted. This, however, is too much for the slothful. Having caught the prey he feels that he has done enough and someone else can be left to complete the task. He does not, therefore, even enjoy the fruit of what little labor he is prepared to expend and never has the satisfaction of looking at a complete work that has been well done. Some do not complete a task because they have not been diligent in counting the cost of the endeavor to which they have set their hand. The Lord Jesus spoke of a man who set out to build a tower and of a king who determined to go to war, both of whom did not assess the magnitude of the task that lay before them (Lk 14:28-32). The slothful man, however, even leaves undone that which requires little effort. Having engaged in the tiring activity of hunting, roasting the carcass would appear to be relatively easy. The fact of the matter is that this man just does not complete what he starts. Such individuals are still to be found and, sad to say, to be found in the assemblies. Whatever responsibilities they undertake, and no matter what initial enthusiasm they display, those who know them best are not surprised when they lose interest. How encouraging it is to read the words of Paul as he nears the end of life’s journey, “I have fought a good fight, I have finished my course” (2 Tim 4:7).

There is one area, however, in which this man is very proficient. The slothful is a champion excuse-maker. “The way of a slothful man is as a hedge of thorns” (15:19). He sees every road as hedged up with thorns and whereas others see the road, he sees the thorns. He fears to go abroad on any enterprise, for there may be a lion in the way (26:13). Although lions would rarely, if ever, be found in the street, this does not prevent his voicing his fancied concerns. He has developed the art of making excuses for not working and has honed to a fine art the ability to see difficulty and danger ahead. He may use issues which are real only in his own mind, or else use whatever circumstances he feels can justify non-activity, Therefore, he does not plough because of the cold (20:4). Anyone looking for a reason for not acting will find a friend in this man, who will, with little trouble, explain why something cannot be done. If all the effort that had been invested into developing this skill had been used to better purpose, the slothful would have become useful.

This man cannot disguise his character. The slothful is easily recognized. Look at his field; it is grown over with thorns and nettles. “As the door turneth upon his hinges, so does the slothful man upon his bed” (26:14). Sleep and indolence are his speciality and he thus makes as little progress as a door swinging back and forth on its hinges; movement that gives no progress. Look at the life of an individual and his character can be measured. It is true that he is distressed and fretful at times because of the state of his life (21:25), but this does not spur him to action even though he desires to have what others have achieved.

Those who are lazy should consider carefully the lessons regarding work that are found at the beginning of the Bible. Here we have a perfect work completed with diligence. It teaches us that work ought to occupy our days, for God worked on all six of the days. A task commenced would not be left half-done. The work was done in stages. Most of what is done is to be carried out this way. God has given us days, each with a beginning and an end, and each of these days should be occupied with carrying out responsibilities, most of which will be on-going over many days. Each stage in which the work was carried out by God was well done. Enjoying the work was only possible when it was complete, and God did not rest until that stage was reached. So there are three stages: commencement, after assessing the cost; continuation in well done stages; and completion in well earned satisfaction.

It is clear that the sluggard is not an attractive personality and with that the reader will surely agree. But although such behavior may not be true of our daily family and work lives, is it true of our spiritual lives? Consider again this character. He lives for today and thinks little of tomorrow; he is not prepared even to do what is for his good; he is a bad servant; he does not finish what he starts and he is the champion excuse-maker. It is possible to lead a life which others would commend as responsible in some areas, but in the important matters of life to be indolent, slothful, and to live as a sluggard. Are we honest enough to face up to spiritual reality? If that is so let us learn the lesson from what has been called “the school of the ants,” a lesson much needed in an age where rights are emphasized over responsibilities. Only by doing that and doing it immediately can we hope to hear the words, “Well done, good and faithful servant.” May we all seek to work for Him as workmen who, when we appear before Him, will not cast our eyes down in shame (2 Tim 2:15).