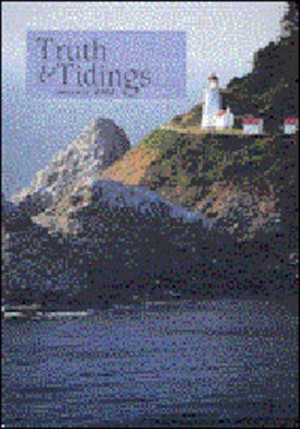 In the first half of this article we considered together some of the scriptural principles relative to substance abuse, and directed our thoughts to the subject of young believers dabbling with drugs. In this concluding section I want to raise a few thoughts with respect to the other end of the drug scale, the addict that is involved with the regular smoking or injecting of opiates.

We cannot overstate the severity of the misery caused by the sin of drug addiction. In a city such as Glasgow there are around ten thousand heroin addicts. They live among us, but they often live in a way which is unimaginable to most of us. Frequently, the addiction takes over their entire life, their relationships and their moral viewpoints. They live to get money to get drugs. The highly paid crack addicts of the City of London are not typical of most major drug abusers. Instead of worldly glamour it is an unending cycle of degradation. They destroy their families through lying and stealing from their loved ones, until they are often totally rejected by all who once were close to them. They engage in burglary and petty thefts. They sell themselves for sexual favors. They live in poverty and squalor. They live outside the law in a murky world of violence, true fear, and terrible physical intimidation. They are at risk from serious viral diseases, raging abscesses, and blood vessel damage. They develop psychiatric illnesses which often go untreated. They die unnecessarily, unnoticed, and unloved, from violence or overdoses. Yet they find it very difficult to give up the drugs.

This is incomprehensible to the outsider, but the grip of the drugs is so very strong, and often the self-loathing is so very great, that the only option seems to be to take the next hit of drugs and find, in oblivion, temporary alleviation of the pain.

These are undoubtedly people with great problems and great needs. There are often underlying problems of personality or of previous wrongs which have been done to them as individuals. Yet it should also be said that they themselves can become some of the most manipulative, deceitful, unpredictable and, at times, dangerous individuals that we are ever likely to meet. They tend to be younger than the typical alcoholic, more disruptive, much less likely ever to sit quietly at the back of a gospel meeting or to show any respect to the speaker or the message.

Our society is really struggling to cope with this problem. Legal enforcement alone does not seem to work. Indeed, people can go into prison drug free and come out addicts. The authorities have embarked upon a major campaign to supply addicts with methadone (a prescribed oral opiate) in an attempt to provide a substitute for heroin addiction. This reduces some of the illegal behavior and thus the misery caused through sin, but it has led to increasing numbers of addicts being permanently hooked on never-ending supplies of yet another opiate. It is at best a stop-gap measure; more cynically, methadone can be viewed as a means to reduce the burglary rate in our communities.

Where do believers fit into this problem? I feel that the Lord answers this most clearly when He says, “I am not come to call the righteous but sinners to repentance” (Mt 9:13). The Lord spent time working with those who were the underclass of His society, almost in preference to those who were the religious and self-righteous of His day. How often, instead, do we deliberately tackle the respectable members of the unsaved community, and ignore those perceived to have greater difficulties and thus the potential to cause us greater problems?

The tragedy of addicts existing on long-term methadone treatment regimes, or of addicts who have, with help, completely stopped their drug-taking, is that their lives are often as empty as before. They have no purpose, no goal, no vision, nothing to fill up the void which led them to addiction in the first place. Indeed, they often also have a ruined life and irreparable relationships to contend with which they did not have before. No wonder many return to their old ways.

They need Christ. This means that they need someone to tell them of Christ. If converted, they need friendship and support thereafter to help them grow in their most holy faith, while facing urges and temptations which most of us will never know. They need a merciful and long-suffering community of the Lords people who are able to bear with their weaknesses and their infirmities as the Lord would have them to do.

How can we best contribute to this work? There may be some believers who wish to be involved with the process of detoxification from drugs and counseling in regards to the necessary life-skills in order to exist without drugs. Christians may well be able to do these things with greater compassion than society at large. Certainly I would see a place for Christians as individuals being involved in this way.

Yet as assemblies, I would suggest that our great contribution is through proclaiming the gospel. Others may well be better placed to organize the welfare rights, or arrange for physical care, but they cannot deal with the problems of the soul. We must all be involved in praying for, and dealing kindly with, the addicts in our communities. If we are able to encourage them to come in among us to hear the gospel in our main gospel meetings, then they must be made to feel welcome and at ease amongst us. Surely the gospel meetings should not be primarily for the saints. We must give serious thought to how our appearances and our practices appear to outsiders; we should hold firmly to matters of principle, and yet be prepared to be more flexible in matters of human tradition alone.

I would suggest that there is also a place for gifted individuals to have specific exercise to work with the addicts and other needy people in our society with a view to spreading the gospel. This is not without cost. I work professionally for one session a week exclusively with this group, and I must confess that I, personally, would find it difficult to spend all my time dealing with their needs. This takes an especially gifted type of worker. We should be warned that the burn-out rate in secular full time drug workers is very high, due to the nature of the need and the demands which are placed upon them.

Individual evangelists working in this field need appropriate training in order that they might set the boundaries firmly in their work, so that they might operate in an orderly fashion and, indeed, do so safely. This is especially true when working out in the community. This is an unusual and challenging group to work with, and the physical and moral safety of the workers must be particularly on the hearts and prayers of the people of God.

Yet, are the rewards not great? Would we not rejoice with the angels above over one sinner who repents? God has entrusted us with this great responsibility to stand before the quick and the dead and proclaim the grace of God. Should we not also feel in our own heart a little of the attitude of Paul, that we each, individually, are the greatest of sinners, and that we should seek to express that by showing mercy to others, especially to those so manifestly trapped in this cycle of sin.