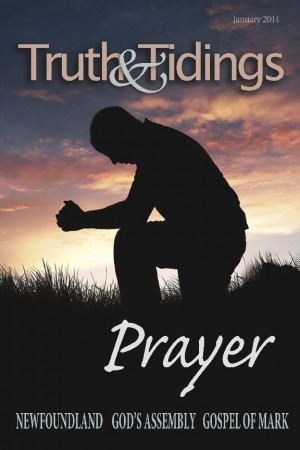 Those of my generation in the USA who lived through the “cold war” can remember the paranoia that swept the country. There was a communist spy behind every bush and plots abounded. Every problem was interpreted in light of the communist threat, every disaster was suspected of having communist links, and the world was painted in only two colors – red for communism and white for us, the “good guys.”

So, viewing the current world condition and interpreting it as a grand conspiracy hints of similar paranoia. We are, however, in this instance, on safe ground in this interpretation.

Ephesians 6:11 speaks of the “wiles of the devil.” The thought involved in “wiles” is not what may first come to mind. “Wiles” are not tricks and gimmicks to fool people. The word actually means a “strategic plan” which Satan has and has been developing and implementing through the ages. His primary strategy appears to be concentrated on the minds and on the morals of men. All is to condition humanity to welcome and embrace his man (2Thes 2:9, 10).

We all enjoy the benefits of technology. But that very same technology is priming an entire generation for instant gratification and entertainment. Reading has been exchanged for scanning. Listening has been traded in for watching. Instead of concentration, there is a world of fantasy available to all. You can create your own “reality” according to your own tastes.

These changes in the thinking of people portend challenges to the gospel and to the teaching of God’s Word. This is not by accident, but is part of Satan’s grand strategy. He has not only successfully altered the minds and thinking of human beings, but perhaps an even greater assault has been on the morals of society.

Some would argue that the sins of the current age have been around since Genesis 4. The difference, however, is that they have never before been legislated as “normal” and “legal,” with society’s sanction. This strategy has in view not only the abounding of sin and iniquity, but, more importantly, the removal of every trace of God’s order which He established in His creation. If you remove God’s fingerprints from society, you remove God awareness from the minds of men. As a result, God has been “marginalized” or made “irrelevant” in most western societies.

So, yes! There is a master plan which has been and is being implemented before our eyes. Its success could engender despair in our souls were we not aware that beyond the stratagems of Satan, God has an even greater plan that cannot fail. “Yet have I set My King upon My holy hill of Zion” (Psa 2:6). And again, “He must reign” (1Cor 15:25). There is much around us as we enter a new year that should cause concern and burdens. We should be praying for our society and a slowing of the avalanche of evil all around us, if for no other reason than the polluted atmosphere in which our children and grandchildren have to live. But even more so, “Why speak ye not a word of bringing the king back?” (2Sam 19:10). Nothing else will bring healing aside from the arrival of the “Sun of Righteousness” (Mal 4:2).