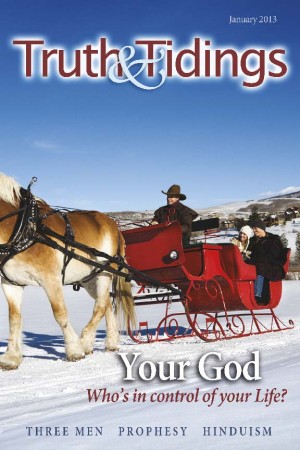 Melchizedek is one of the unique men of Scripture. He appears once on the stage of history (and that very briefly), makes only one statement, and then vanishes off the record. But the effect of that one appearance has eternal implications, for he is “made like unto the Son of God” (Heb 7:3). The lessons we learn from him span the ages and the dispensations and apply to every believer. Consider some of the issues that his life raises.

From a purely Scriptural perspective which, in the end, is the only authoritative one, Melchizedek appears suddenly and simply on the scene in Genesis 14:18-20. He is recognized as a man of regal and priestly dignity. He has a consciousness of God and a responsibility toward Him. He speaks with authority; Abram accepts his pronouncements without question, and responds to his presence by tithing the spoils of battle to him. That, in itself, indicates the reputation that Melchizedek had among the people of the land. Hebrews 7:3 makes much of this absence of information, equating him with our Lord Jesus Christ. Before we consider some of the Biblical details, notice another item that may be of interest.

There is an old Hebrew tradition (Halley’s Bible Handbook, 22nd Edition, Pg. 99; TDNT, Vol. IV, p. 569 and others), that this man is actually Shem, the survivor of the flood. We cannot be dogmatic, but this raises significant possibilities. Accepting the assumption that is before us, no one living would remember, know of, or be able to verify his birth, because it took place before the flood. Careful chronological analysis of Genesis 5 and 11, with some auxiliary passages (10:21), indicates that Shem was a contemporary with Abram for 150 years. (Shem’s chronology is readily available in the Scriptures, but the Bible does not openly equate Shem and Melchizedek). In addition, Noah had prophesied (Gen 9:26) that Shem would have a special relationship with the LORD God, and that Canaan would be his servant, and we find Melchizedek reigning in Canaanite territory when Abram crosses his path. If it is Shem, he would be the oldest living man in that part of the world (approximately 530 years of age), and as such, would be entitled to the cultural recognition of priesthood that such seniority deserved. It is also significant to notice that this man has brought his priestly activity to the very area where God would one day declare that His eyes were always upon it (Deut 11:12). From the very beginning of human history, God has been intent on making Jerusalem the center of His interest for His Son Who will one day be revealed there in all His glory.

Melchizedek is not so much a name as a title (the same as Pharaoh and Caesar), and Hebrews translates the meaning of that as “King of Righteousness.” The place name of his kingdom is given to us as “Salem,” meaning “peace.” It is in recognition of his balanced authority and integrity that these two terms are presented as characteristic of his rule. The Lord Jesus exercises His authority with perfect equanimity, for all His attributes, and their effect, harmonize perfectly in all His activity. This is reinforced by the language of Psalm 85:10, where we are told that “Mercy and truth are met together, righteousness and peace have kissed each other.” Balanced judgment is a hallmark of the divine personality and peace is the natural outcome.

The writer of Hebrews (7:3) makes much of the lack of information in the inspired Genesis record to substantiate the comparison with the Lord Jesus Christ as the Son of God. In five simple terms (“fatherless, motherless, without genealogy, having neither beginning of days, nor end of life”), he emphasizes the eternity of the pattern, drawn from the silence of Scripture, and then declares “but made like unto the Son of God.” The verb “to make like” is a unique mention in the New Testament, and is a present passive participle, to inform us of the constant comparison that has been established between the two persons, the Son of God and the man on earth. But there is a significant detail here that may escape our attention. The fact that Melchizedek is “made like unto” indicates that there is a reality already existing to which his appearance is made to conform. It is also noteworthy that the likeness is to “the Son of God,” not Jesus or Christ, to impress upon us the eternal relationship and universal position which this aspect of His Sonship presents to us. Might I suggest that there is a Melchizedek-like priesthood of the Son in the heavenlies which extends back to the beginning of created intelligence and which now “abideth continually”? In the same way Moses, when receiving the instructions for the tabernacle, was told to “make them after their pattern, which was shewed thee in the mount” (Exo 25:40 and Heb 8:5), because there is a reality in the heavenlies to which the tabernacle furniture must be made to agree.

When we consider the life of Abraham from a dispensational perspective, this man still appears in a position of priority. Melchizedek functions in his priesthood before circumcision is introduced (Gen 17, suggestive of the law). He precedes the sacrifice of the son (Gen 22, indicative of Calvary), and of the acquisition of the bride for the son (Gen 24, suggestive of the Church and the day of grace). As far as Abraham’s life is concerned, Melchizedek was always there! For men and women of faith down through the ages, the provisions of this priesthood have always been there before they needed it!

One final thought about the man himself. We are told in Hebrews 7:4 to “consider how great this man was.” To “consider” indicates a careful observation of details, and the word “great” is a measure of the magnitude of this individual. In terms of space, he is geographically situated in the place which is the focus of God’s earthly interest, Jerusalem. In terms of matter, he is a royal priest, representing the most High God, and deserving of tithes by the man of faith. In terms of time, he is supra-temporal, for he has no identifiable beginning or ending. He is recognized and respected in his sphere, for even the king of Sodom is interrupted by his arrival and presence.