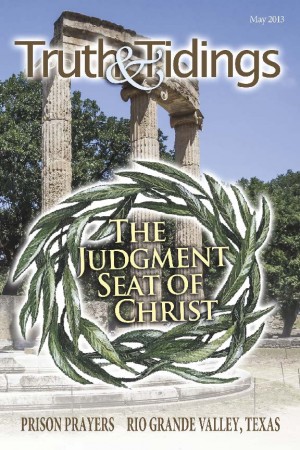 In Hebrews 6:20, the reference to the Melchizedek order is of the glorified Jesus and the context is surrounded by ideas of permanence and stability. Words such as oath, confirmation, promise, immutability, confirmed, refuge, and anchor, all are supporting the concept that this One Who has preceded us and entered within the veil, is able to assure us of our safe arrival by virtue of His Melchizedek priesthood. The fact that He is named a forerunner is the indication that there are more to follow.

As we move through chapter 7, there is, again, the emphasis on distinctiveness and permanence. The priesthood of Aaron was imperfect because of change and death. A “different” priest is needed. The order of Aaron and Levi is in keeping with a fleshly commandment, but this different one is “in harmony with a dynamic life that cannot be dissolved” (7:16). Then comes the traditional quote from Psalm 110:4 again. It is remarkable that four times (Heb 5:5, 6:20, 7:17, and 7:21) the phrase “forever” (literally, “unto the age,” indicating constancy in view of the future, Newberry) is used in this context to highlight the unbroken, supra-dispensational nature and stability of this Person in this role. He always will be what God has appointed Him to be, and there will be no need for any replacement.

There is a unique word which cannot be overlooked in the consideration of this Man and His priesthood. As the writer of Hebrews proceeds in his exposition of this priesthood, the great problem of death surfaces to challenge the merit and effectiveness of any priesthood, and it will challenge this one, as well. But death cannot touch this Priest after the order of Melchizedek, because He has neither beginning of days nor end of life. Consequently, he has an “unchangeable” priesthood. This word, “unchangeable,” is not found anywhere else in the New Testament and demands consideration. Various attempts have been made to translate this word to convey the fullness of its meaning, and I have enjoyed seeing value in every one of them. Some suggestions are:

“Unchangeable,” indicating that it will not vary from within.

“Unalterable,” indicating that it will not change by any intention or design.

“Inviolable,” indicating that it will not be changed by any external influence.

“Untransferable,” indicating the contrast to the Aaronic priests, who had to transfer their rights of priesthood to successive generations because of death.

There is another way to look at it. The word is a compound of the negative prefix a and parabates which means “transgressor,” or “one who oversteps the limit.” This priesthood is, in effect, “untransgressable.” What may we learn from this? First, this priest, in His service, will never step out of bounds in the fulfillment of His work. The priest of the Levitical order could sin (Lev 4:3) and bring guilt upon the people; this One never will and never can sin. Second, the ones to whom He ministers can never transgress against Him in this work; they can never get “out of reach.” There were times and ways that the Israelite could sin to the point where the priesthood was of no further benefit to him, and he was “cut off from his people” in his sin. This Priest is “able to save to the uttermost (literally, the ’limit of everything’) all that come unto God by Him” (Heb 7:25). We cannot get out of reach to where He cannot minister to us in His provision of bread and wine, and the sustaining, preserving revelation of God. This also makes me think that the idea of salvation in verse 25 is primarily that of preservation, not rescue or deliverance.

In verse 26, there is a list of five characteristics of this Man in His priesthood that “suit” us. First of all He is “holy,” (pious). He is One Who is free from sin and Who perfectly fulfills the divine requirements in mind and conduct. The word is associated with the idea of righteousness because He fulfills what is felt to be necessary or binding. It is conduct that is emphasized by the word, more than character. The second word, “harmless,” indicates the priest’s effect on others. The Levitical priest, on occasion, had to confront a man or a woman, and declare them unclean. There was nothing else to do but depart and experience the ostracism of the community. This Priest does not treat those who are under His care in this maner. His ministry is always harmless, for there is never an adverse effect on those for whom He provides. He is also “undefiled,” for no outside influences can turn Him aside or alter His desires to bless. The Aaronic priest in 2 Kings 16:10-16 was influenced to sin by the commandment of King Ahaz and his record was thus defiled. This Man can never be influenced to sin by the direction or coercion of others. Again, He is “separate from sinners,” and this is a permanent condition, for it is written in the perfect tense. He has been established in this state by God that He might be eternally distinguished from all others who are subject to sin. Sin will never characterize Him. Finally, He is “become higher than the heavens,” not only positionally, but morally. No other person will ever enjoy the supremacy and superiority that is His as He functions in the fullness of this Melchizedek priesthood.

Hebrews 7, then, closes with a summary of the moral characteristics of this High Priest, and the permanent value of His personal, once-for-all sacrifice. Then we are reminded that it is, indeed, still the same Son, and He is “perfected unto the age (Newberry).” There can be no additions, no replacements, no improvements, and no demerits, to this One Who alone merits the title of “High Priest forever after the order of Melchizedek!”