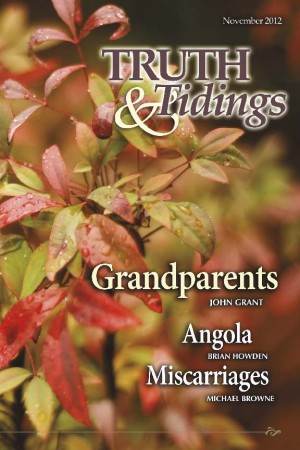 Our perception of this subject is influenced by how we understand and view adoption in the twenty-first century. In our culture, adoption refers to one of two ways by which children enter a family; the second being by birth. These are mutually exclusive; if you have entered a family by birth you cannot enter by adoption and vice versa. As believers we have experienced both birth and adoption. In Scripture, each term conveys distinct spiritual teaching.

Adoption as it is presented in Scripture refers to position or being placed as sons in God’s family. In a Biblical setting the son was in marked contrast to the slaves; the son held the place of honor in the home but the slave was looked upon as being inferior. In our culture a child becomes a member of a particular family when they are adopted. Parents who adopt children confer love, care, and attention upon them. However, they are disadvantaged by the fact that they can never impart their own nature to the child they have adopted. When we were begotten by God through the “new birth” we came into God’s family and kingdom, and we were made partakers of the divine nature (2Peter 1:4). At conversion, in addition to being God’s children (John 1:12-13, Darby), we received the elevated status of those who are the “sons of God” (Rom 8:19).

The word adoption is not used in either the Hebrew or Greek translations of the Old Testament. Although the word is not used, the concept and teaching of adoption is presented there. This can be seen in a number of Old Testament contexts. In the book of Exodus the nation of Israel is spoken of as being God’s son (Exo 4:22); this is echoed in Hosea 11:1. This was a position of privilege which was not enjoyed by other nations. This same principle of sonship is also seen in the Davidic lineage and kingship (2Sam 7:14, 1Chron 28:6), through the promises which God gave concerning Solomon. Elsewhere in the Old Testament we have individuals who were adopted personally, this appears to be the case with both Moses (Exo 2:10) and Esther (Esther 2:7). If they were legally adopted it would have been according to the respective laws of Egypt and Persia.

The Greek word for adoption huiothesia (Strong’s #G5206) means to “place as a son” and is only used by Paul in the New Testament. There are five occurrences of the word in his letters which are primarily addressed to readers from a Gentile or Roman background. These five references are Romans 8:15, 23; 9:4; Galatians 4:5, and Ephesians 1:5.

Our place as sons

Adoption in a Roman background did not usually involve an infant or young child, but instead took place when a child reached the age of 12 or 14. At this point his character was already developed and the traits and qualities of his personality could be identified. When he was adopted he lost all rights in his old family, but gained all the rights as a fully legitimate son in his new family. He received a new father who had the same control over him as over his biological children. It has also been suggested, that under Roman law when a boy was adopted he could never be disowned; the adoption bond could never be broken.

In all of this we can automatically see the spiritual counterpart; we have been placed as sons into God’s family not because of our character or qualities but in spite of what we were in our sins. We have received all of the rights of our new family, and have come under the rule of a new Father Who has publicly acknowledged us as His own, and has conferred on us the rights of sonship to His property and interests. The wonderful thing is that we can never be disowned, God has given to us eternal life (John 10:28).

Our privilege as sons

As those who have been placed as sons we have received the “Spirit of adoption, whereby we cry, ‘Abba, Father’” (Rom 8:15). In this context Paul is describing the character of those who are the sons of God. They mortify the deeds of the body (Rom 8:13), they are led by God’s Spirit and have a relationship with God and call Him “Abba, Father” (8:15). The Holy Spirit is a witness with their spirit that they are the “children of God.” Many have misused this passage in a supercilious way to indicate direction from God in their lives. Some have gone so far as to say, “I was led by the Spirit to make that choice.” This leading is not some directive from God so that we will know how to order our personal lives. It is indicating that those who have been placed as sons are led into a close, personal, loving relationship with God Whom they can now address in prayer as Father. The work of the Holy Spirit denotes our privilege as sons; He is a witness in the believer (1John 5:10), to the believer (Heb 10:15), and with believers (Rom 8:16).

Our prospect as sons

In Romans 8, while adoption has a present aspect it is also viewed as something that we wait for and which will be manifested in the future. Paul writes “And not only they, but ourselves also, which have the firstfruits of the Spirit, even we ourselves groan within ourselves, waiting for the adoption, to wit, the redemption of our body” (Rom 8:23). We have received the “firstfruits of the Spirit.” This means that we have received the Holy Spirit as a pledge of future glory and this is the guarantee of the redemption of our bodies.

James G. Deck captured something of this prospect when he wrote,

All rejoice in heaven above,
While in us they learn the wonders
Of Thy wisdom, power, and love;
Soon before Thy throne assembled,
All Thy children shall proclaim,
Glory, everlasting glory,
Be to God and to the Lamb!