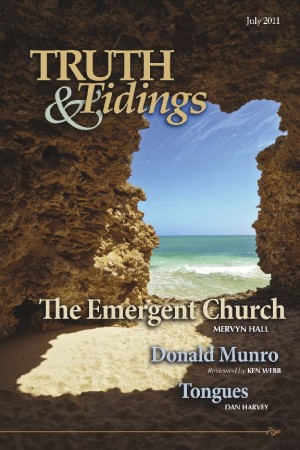 Paul highly recommended marriage, but he also highly recommended singleness. He said, “And this I speak for your own profit; not that I may cast a snare upon you, but for that which is comely, and that ye may attend upon the Lord without distraction” (1Cor 7:35).

Notice all the positives he found in singleness. First it would result in betterment or “profit.” When God gives someone a single life, whether temporarily or permanently, He is not handing out some kind of a spiritual leftover life, nor is it a heavenly mix-up. Marriage is beautiful, but if we think living single in God’s will is anything less than the best, we are seriously underestimating and insulting the best life-planner in the world.

The Lord Jesus lived 33 years as a single man. Do you think God gave His Son less than the best life possible for Him? No wonder Paul calls it the “gift” of being able to live single. That means, if God calls you to live single for a short time or a lifetime, the Bible’s perspective is that He is “giving” you the opportunity to live single and the capacity to do so. It is not trying to put some artificial sweetener on a sour experience. From God’s perspective, it is a life full of opportunity, value, and purpose.

The Apostle Paul lived and loved the single life from the day he was saved until the day he died. Paul never speaks with resentment or rancor, but, rather, with gratitude and happiness that he was able to check the “single” box knowing he was in the will of God.

So, God goes far beyond wanting believers to “accept” singleness. Instead, He wants us to appreciate it. If you are single, what is your attitude towards God’s plan? Have you thanked Him today?

Paul desired others to live single as he did, but never wanted to bind them or “cast a snare.” Paul was not a bitter man wanting others to have to wallow in “the slough of singleness” so they would feel sorry for him. Instead he praised singleness with its freedom to serve God.

Paul also saw singleness as “comely” or honorable. In God’s eyes singleness has dignity when lived according to His will and with His help. “Comely” or orderly means that, like a puzzle piece, it fits perfectly into God’s plan for your life.

Finally, he points out that single believers “may attend upon the Lord without distraction.” To attend means to sit upon or to wait upon the Lord. Instead of working on a floor with many patients and doctors, a private nurse focuses on one patient and reports to one physician. This is the idea of a single life. It gives the ability to have a more intense, undistracted focus on the Lord.

Specifically then, in what ways can single people serve God? Look at the example of the apostle Paul and notice areas in which he was particularly “useful” as a single servant.

His Time: Paul had no one with whom he had to spend “quality time” other than the Lord. People who marry must devote time to their spouses and families. This is not wasted time, but rather a proper investment into what God has given them. A single person can take that same amount of time and devote it to other people and interests, as Paul says, “Making the best use of the time, because the days are evil” (Eph 5:16 ESV).

His Treasure: Paul worked as a tentmaker at times, but never had to buy food and clothes for a wife and children. When he went to Ephesus, he worked with his hands, as he said “these have ministered to my necessities and to those who were with me” (Acts 20:34). The money he earned was for his limited expenses and the rest was to bless and help other workers and believers. Paul celebrated the fact that single believers are free to direct a greater portion of their resources to the Lord’s work and the Lord’s people.

His Travels: Peter, a married apostle, spent most of his time in Jerusalem and Babylonia. Paul, a single man, went on several missionary trips lasting years at a time while he visited, lived, and preached in well over 30 cities. While it appears he stayed in Antioch for the longest periods of time, we never read of him owning a house. It is hard to imagine a married couple living like that, especially if they had children. Singleness allowed Paul an opportunity to be more mobile in God’s service and to visit God’s assemblies.

Single believers today are busy, but they do not have to work around “school calendars” for their children or devote time to a marriage. A single life can provide greater flexibility for travel to help believers, other assemblies, and even missionary efforts in other parts of the world.

His Thoughts: Believer M and Believer S have the same heart with the same capacity to hold burdens. Believer M is married and has three kids. A good chunk of his heart is filled with concerns for his spouse and children. That is Biblical and God’s way of providing someone to care and serve them.

Believer S is single. That same section of the heart that is directed to concerns and service for a spouse and children in Believer M is now made available for God to direct towards _______________?

God filled in the blank for Paul. He gave him the burden “for all the churches.” Paul’s heart was constantly full as he spoke of the “daily pressure on me of my anxiety for all the churches” (2Cor 11:28 ESV). His prayer time was loaded with concerns for assemblies where he labored such as Ephesus and for ones he had never visited such as Rome (Rom 1:7). Also, he prayed for individual believers (Phi 1:4) and for his own Jewish nation (Rom 10:1).

Single believers have the opportunity to fill their thoughts and hearts with believers who have no family praying for them, assemblies with needs, and perhaps other unique burdens that married believers might not have time or energy to be concerned about. If you are single, does God have a particular burden He would like you to carry in your heart and prayers?

Paul says that “time is short” and “this world passeth away” (1Cor 7:29, 31). He then adds, “I would have you without carefulness (worry or distraction)” (1Cor 7:32). Single brother or sister, you have so much to thank God for and so much to offer Him in return. Paul would look at you with great enthusiasm, embrace you and say, “God has signed you up for some special elite training and service. Are you up for it?” What a blessing to devote all you are and have to your beloved Savior!