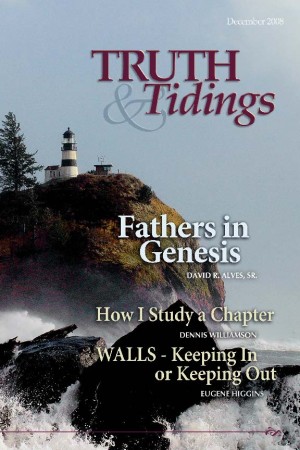 How can we synthesize Matthew and Luke’s accounts of the Lord’s childhood?

Luke indicates that the Lord Jesus, Mary, and Joseph spent at least the first forty days after the Lord’s birth in Bethlehem. A mother of a male child would be unclean for seven days; circumcision took place on the eighth day (Luk 2:21) and thirty-three days later (Lev 12:3, 4) the mother had fulfilled her days of purification. During this time the shepherds visited the manger. While in Jerusalem fulfilling the legal requirements regarding Mary’s purification, she and Joseph offered the required sacrifices (Lev 12:8), encountered Simeon and then Anna. Following that, they returned to Nazareth, “their own city” (Luk 2:39). The wording in this verse, “When they had performed all things according to the law . . . they returned . . . to Nazareth,” seems to exclude a lapse of time longer than the trip from Jerusalem and Nazareth.

Matthew mentions the Lord’s birth (Mat 2:1) in the days of Herod and states that the wise men came to Jerusalem. The wise men received the witness of Scripture (Mic 5:2) and set out for Bethlehem. The star they had seen earlier reappeared and guided them to the house, where they “saw the young child with Mary His mother” (Mat 2:11), worshiped Him, and gave Him their gifts. Judging from Herod’s decision to slay the male children younger than two years, the wise men must have told him that the star appeared less than two years previously (v 7). Their visit therefore followed the family’s return from Jerusalem to Nazareth, as recorded by Luke (Luk 2:39). Between that visit in Jerusalem when the Lord was about forty days old and the visit when He was twelve (v 42) an angel directed Joseph to take his family to Egypt (Mat 2:13). Herod died within months after he gave the edict to kill the babies around Bethlehem, so the return from Egypt was only a matter of months after the flight to Egypt (J. Walvoord, Matthew, Thy Kingdom Come, p. 24).

Where did the wise men find Mary and the child?

The edict from Herod was to kill the male children “in Bethlehem, and in all the borders thereof” (Mat 2:16). This was nearly a hundred miles from Nazareth. If the Lord had been in Nazareth at that time, Herod’s edict would have been irrelevant to His safety. A. C. Gaebelein (The Gospel of Matthew, an Exposition, pp. 47, 48) suggests that Luke reconciles this seeming difficulty by stating that Joseph and Mary “went every year to Jerusalem at the feast of the Passover” (Luk 2:41). Apparently, then, the family was visiting Jerusalem, as they did annually, and had gone to stay in Joseph’s family’s hometown, Bethlehem. Perhaps the birth of another child in the family detained them there. Whatever was the case, it seems evident that the Lord was in Bethlehem when the wise men visited and also shortly after when Herod issued his edict.

This also seems consistent with Matthew’s account of the family’s return from Egypt. “But when he heard that Archelaus was reigning over Judea in place of his father Herod, he was afraid to go there, and being warned in a dream he withdrew to the district of Galilee. And he went and lived in a city called Nazareth” (Mat 2:22, 23 ESV). History records that one of the first acts of Archelaus’ reign was to kill 3000 in the temple in Jerusalem for honoring some whom his father had killed (J. Walvoord, Matthew, Thy Kingdom Come, p. 24). Little wonder that Joseph, who apparently intended to return to Bethlehem, feared to go into Judea! Galilee was far enough away to be much safer.

Would the wise men’s gifts have provided for the expenses of the flight into Egypt?

Generally, we think of the spiritual significance of the three gifts of the wise men. While gentiles will bring gold and frankincense to the Lord in His coming kingdom (Isa 60:6), at His first coming gentile wise men brought gold, frankincense, and myrrh. The myrrh reminds us of the sorrow of death associated with that first coming. We thank God that the cross was a once-for-all event. “Never more shall God, Jehovah, smite the Shepherd with the sword; Ne’er again shall cruel sinners set at nought our glorious Lord.”

This question suggests a practical view of the gifts. It is just like our God to provide for us in the path of obedience. He enables us for the direction He gives us (e.g., Gen 14:18-24, 1Ki 19:8). How touching then to think of the lavish care given by a protective and bountiful Father for His eternal Son living as an infant with Mary and Joseph! Herod’s edict produced an unforeseen emergency in Bethlehem, but it was no emergency to God. Joseph’s family was poor. Less than two years earlier, he and Mary were not financially able to bring a lamb for an offering, but brought two birds (Lev 12:8, Luk 2:24). How then would they be able to travel to and live in Egypt when Joseph’s ties with his business in Nazareth were unexpectedly severed? Before Herod made the edict, Joseph’s God provided for that little family’s care. If, as assumed, Joseph interrupted his business to go to Jerusalem for the Passover in obedience to God’s Word (Exo 23:14, 15), we have another reminder that we can trust God to meet our needs when we “seek . . . first the kingdom of God” (Mat 6:33).

Later, the eternal Son assures us of that same Father’s personal care for us: “How much more shall your Father which is in heaven give good things to them that ask Him?” (Mat 7:11).