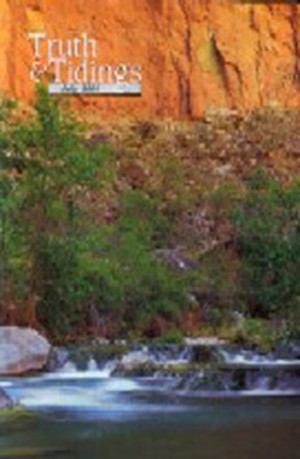 “When Moses saw it, he wondered at the sight: and as he drew near to behold it, the voice of the Lord came unto him,…”, Acts 7:31.

Many of us have likely heard an old timer say; “When you cease to wonder you cease to worship.” In our text Moses gazed with admiration at the flaming bush and sought to understand this marvel more fully. Consequently he was rewarded with, “the voice of the Lord,” and eventually entered into the purposes of God for both himself and the people of God at large. Our wondering inevitably leads to enlightenment of mind and enrichment of heart.

Yet this people that Moses was called to lead eventually failed and God said of them, “…your carcasses, they shall fall in this wilderness. And your children shall wander in the wilderness…”. It is interesting to note that this word “wander” is often translated “feed.” The forty years that the children spent wandering was not so much a life of despair and wanting but one of “grazing in the wilderness.” It just wasn’t where God had intended for them to be. The wonder was missing and to wander was the norm.

Too easily we saints can slip from gazing in wonder to grazing as we wander in this present world. So perhaps we could modify the old timer’s adage and say, “When we cease to wonder we have begun to wander!”