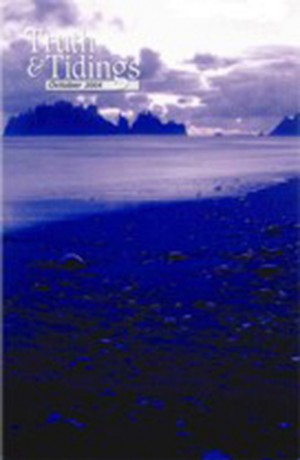 2. Its materials – fine twined linen with blue, purple, and scarlet.

4. Its purpose or use – to admit a sinner with his sacrifice.

3. There were four pillars which held up the gate curtain and four colors in the curtain. These colors relate to the four gospels as suggested earlier and so do the four pillars. The words, walk, ways, and works of the Savior are contained in these four Gospels which tell us what He had to do to open up a way to God. In these same Gospels we see the blue of His Deity, the purple of His Royalty, and the scarlet of His Sacrifice all interwoven in His Spotless Humanity.

4. Since 4 is the number of the four corners of the earth, of earthly completeness and universality, it may be suggested that the four pillars holding up the gate curtain typify the four gospels which hold up Christ to the world as Savior (Matt 1:21; John 1:29).

2. Its materials – fine linen with blue, purple, and scarlet.

3. Its pillars – five, with gold fillets and crowns.

4. Its purpose – to admit a cleansed priest.

1. We have noted already that the dimensions of the door of the Tabernacle were narrower and higher than the gate. This would suggest that the priestly service entered through this door was of a narrower and higher order than at the gate. It was narrower in the sense that only a cleansed priest could function, and higher because of the character of the Holy Place in which the priestly service took place. The liberty of priesthood as taught in the NT and practiced in a scriptural assembly is well illustrated here.

2. It was this door which gave the priests access to accomplish their service within the Holy Place. Herein is typified the worship of the believer being acceptable to God through our Lord Jesus Christ. (See Eph 5:20; Heb 13:15).

3. Note that identical words are used to describe the method by which the colors were applied to the fine linen in the gate-curtain and the door-curtain. In Exodus 26:36 and 27:16, we read “wrought with needlework,” which means “the work of an embroiderer.” The same word is found in I Chron 29:2 and Psalm 139:15. The term seems to denote a minutely variegated form of blending. Note also that the colors always appear in the same order – blue, purple, and scarlet. No cherubim were embroidered in either of these curtains or hangings and this suggests to us that Christ as the Door or Gate is presented in grace to those without (John 12:32).

4. The five pillars supported the hanging and also displayed its beautiful colors. The combination of acacia wood and gold reminds us that the Lord Jesus was both God and Man. Being five in number, these pillars suggest the wondrous grace of Him who has made priestly privilege possible (Eph 2:18; 3:12). It is significant that the truth connected with the priestly privileges of believers was revealed by five men: Paul, Peter, James, John, and Jude – men who could be called “pillars.”

5. In the golden crowns and fillets, Christ is pointed to as the One who is crowned with glory and honor giving access to the place of worship and service. Such access is based upon the capability of the Savior to endure the cross and the judgment as indicated by the brass sockets. Christ is the Door and the Living Way by reason of His sufferings and death (1 Pet 2:5).

2. Its materials – fine linen with blue, purple, and scarlet with cherubim.

3. Its pillars – four, without chapiters and fillets.

4. Its purpose or use – to admit to the immediate presence of God.

1. The veil divided between the Holiest of All and the Holy Place. In Exodus 26:33 we read “the vail shall divide…” The veil formed the sanctuary and hid Jehovah from view. The priests who served in the Holy Place were shut out from the presence of God, and only the High Priest was permitted to enter and only on one day each year. “The Holy Ghost thus signifying that the way into the holiest of all was not yet made manifest” (Heb 9:8).

3. The blending of the colors has the same significance in the veil as the other two curtains, but in addition, cherubim are added to the embroidery work. As the priest gazed at the veil and saw the cherubim, they would be reminded of Genesis 3:24? Did the cherubim “keep the way” to the presence of God? In other words, the unrent veil, portraying the perfections of Christ in incarnation, only served to emphasize the truth that sinful man had no access to God. The veil had to be rent in order that a way could be opened into God’s presence. So the Lord Jesus had to die before sinners could be brought nigh to God (Matt 27:46-52; Luke 23:44-46).

4. In connection with the cherubim, it should be noted that in the Psalms and in Ezekiel, as well as with the living creatures in Revelation, all are closely associated with God’s throne and are often seen supporting it. Thus they are linked with judicial authority and government.

5. The veil was upheld and displayed by four pillars, cut off, uncrowned and set on sockets of silver. The four gospels give us the record of Christ’s holy birth and holy life; and these all end with His being “cut off” upon the cross. Another view of the “uncrowned” pillars suggests the redeemed (possibly in weakness) holding up the testimony of Christ (1 Tim 3:15-16) while they are still on earth, since the crowning of the saints is reserved for heaven (Rev 4:4).