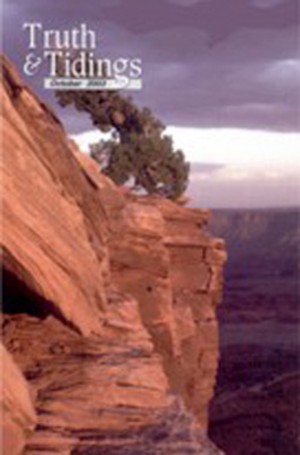 Should “the fellowship of His sufferings” (Philippians 3:10) be understood spiritually or literally?

To be consistent, if we interpret this spiritually we must do the same for the two surrounding expressions: the power of His resurrection, being made conformable to His death. These two expressions take us to the truth of Romans 6. We walk by the new power of resurrection life (v. 4b), reckoning ourselves to be united with Christ in His death (vv. 5-11). The difficulty is to understand in what spiritual way we share in His sufferings.

The context of the book and the verse favors a literal sharing in Christ’s sufferings. Paul was in house arrest in Rome because of the gospel. He desired either the power of Christ’s resurrection (Ephe-sians 1:19; 6:10) or the energizing truth of a living Savior (Mark 16:14, 15; 1 Corinthians 15:8-10) to enable him in his sufferings. Because of the resurrection, he was willing even to suffer death for Christ’s sake (“made conformable unto His death”). His overriding longing was to be as like Christ now as it is possible to be (Philippians 3:11).

Does “the fellowship of His sufferings” (Phillipians 3:10) include being misunderstood, and grieving because of the lack of spirituality and growth in other believers?

Perhaps the best way to consider this question is to differentiate suffering with the heart of Christ from suffering for the name of Christ.

God has always intended that His messengers will not only know the message they deliver but also understand the heart that sends the message. As God’s messengers – and all people – become better acquainted with their God, they are grieved for the things that grieve the heart of God. This includes the groaning of creation, the eternal grief of the lost, and the lack of development, discernment, and Christ-likeness in ourselves and other believers. This is suffering with the heart of Christ.

This does not, however, seem to be what Paul refers to in this passage. Rather, he is suffering for the name of Christ. Paul suffered both as a result of man’s resistance to the gospel (Acts 16:16-23) and also because of the Jews animosity against the Gentiles and the truth of Jew and Gentile’s being united in the Church the Body (Acts 22:21, 22; Colossians 1:24). This seems to better fit the context, which includes the possibility of martyrdom.

What will happen to infants whose parents are taken at the Rapture?

God has not given us a definite answer to this question that parents often ask and that believers have raised for years. As emotionally charged as this matter is, we cannot answer it based on our emotional response and preferences.

The Bible often answers problems by citing principles. One example of this is 1 Corinthians 14:33 where God’s character, “not the author of confusion, but of peace,” determines how gifts must function in the assembly.

In a similar manner, we can cite two features of God’s character: His righteousness and His kindness. We can rest that God will always do what is right (Genesis 18:25). God will not condemn those who have not understood His requirements (Romans 5:13). In addition, knowing that God is kind (Luke 6:35), we can expect that He will deal kindly with infants whose parents depart at the Rapture. We cannot state with assurance how God will express His kindness, but it is difficult to understand how these infants could be left behind without parental care. From our limited perspective, we expect that these infants will go with their parents.

Anxious parents can rest in the certainty of God’s kindness. To faith, knowing God is as good as knowing precisely what He will do.

“The destroyer” is actually a verb form and could be translated “that which causes destruction.” Strong’s Lexicon relates it to “destroyer” in verse 13, “the plague shall not . . . destroy you.” This suggests that the plague itself is “the destroyer.”

Support for the widely-accepted thought of “the destroying angel” apparently comes from Psalm 78:49, “He cast upon them the fierceness of His anger, . . . by sending evil [harmful] angels among them.” The previous verses (verses 43-48) review the plagues prior to the Passover in Egypt.

Verse 51 deals with the Passover, but verse 50, the intervening verse, seems to indicate that verse 49 reflects back on the plagues prior to the Passover. It states, “. . . He spared not their soul from death, but gave their life over to the pestilence.” The only time this word “pestilence” appears in Exodus is regarding the plagues before the Passover. It never refers to the Passover in the rest of the Old Testament. One time (1 Chronicles 21:12), the pestilence is equated with the angel of the Lord’s “destroying throughout all the coasts of Israel” after David’s sin in numbering the people. This however seems to be a weak link.

Scripture affirms that the plague destroyed the firstborn but doesn’t clearly support that an angel was the destroyer.