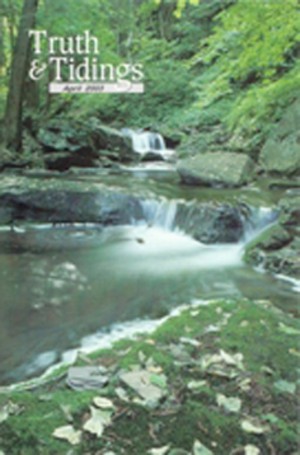 Mexico covers 1,972,500 sq. miles, about three times the size of Texas. The capital is Mexico City, which, with its surrounding area, has the largest concentration of people in the world, about twenty million, . Five hundred people die every day. Its three million cars snarl traffic and cause very high air pollution.

The work in this city started about ten years ago when one of the workers visited a believer’s relative who later professed to be saved. Then, in 1994, a Seed Sower distribution preceded the first series of gospel meetings in an area called Nezahualcoyotl. Several people professed to be saved. Since then we have had other text distributions and gospel series in the same hall. We thank the Lord that several have professed to be saved. Some of them continue, while, sadly, others not. In spite of this and other struggles, in November of 2001 sixteen believers formed the small assembly and, since then, two more have been added.

Pachuca is the capital of the state of Hidalgo, with approximately five thousand people. It is at an altitude of about 8,000 ft, and temperatures during the winter go as low as thirty degrees or less.

The work in Pachuca started in 1997 when a man from Pachuca professed to be saved during meetings in Mexico City. He invited us to his house so his family and friends could hear the gospel. After that, every Friday we had a gospel meeting and a session of questions following the meeting. After a year of meetings, one lady professed to be saved and has become a very faithful believer. Then we decided to have a Seed Sower distribution and a series of gospel meetings. Brother Paul Thiessen helped me for nine weeks in a small rented hall, 32 by 16 feet. By the close of the meetings, sixteen had professed to be saved. Most of them still continue to go on for the Lord.

The interest increased and in January of 2000 an assembly was formed. Although the work was newer, the assembly here was established before Mexico City. We thank the Lord we could purchase a small piece of land where brother Al Shutt built a temporary hall, which we still use. Now we are in the process of building a permanent one.

La Raza,part of Pachuca, perches on top of a mountain where the very poor live. The wind howls at times, once blowing the roof off our building. Some streets cave in due to crumbling mines beneath.

The interest here began when a sister in the assembly became interested in the many children living in this area. We decided to have a series of children’s meetings and invited them. Almost every day, one hundred children came from the surrounding houses. We have continued these meetings every Saturday. After some months, we had a two-week series of gospel meetings with our brother Tom Baker and his sons. Eight ladies professed to be saved during those meetings. Please pray that the Lord would save some men as well, because the men in the area don’t show any interest in the gospel. Our present meeting place is somewhat uncomfortable, so we plan to obtain a piece of property on which to build a simple little hall.

We would appreciate your prayers for our beloved fellow-workers in Mexico and also for our two-year-old son Noel, who suffers from cerebral palsy.