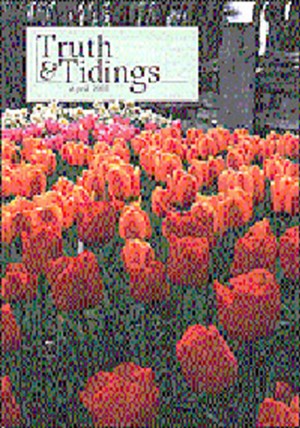 A library is not complete without a collection of biographies of men who have lived for God in a past age. Here are some excellent recommendations.

Books build libraries. Good books build lives as well. There seems to be no limit to the number of books available today, reminding us of Solomon’s words, “Of the making of books there is no end.” Sadly, what does come in a limited supply to all of us is time. Therefore, it is important to choose wisely in selecting books to read so that we redeem the time and receive as much help as possible in the things of God. For a young believer, few books are as inspiring, stirring, and formative as the biographies of God-fearing women and men. Reading how God used believers in the past can both infuse and enthuse the heart of an exercised saint. The word “enthuse” comes from the Greek words “en” and “theos” (literally “God being in”) and the biographies of godly believers can beget a longing in a heart where God dwells — a burden to be similarly used by God for His glory Generations ago, one believer read about John Darby’s having memorized the entire New Testament. He set himself to do the same in the hopes of learning the Word of God as thoroughly as possible. Henry Soltau preached the Gospel on the street corners of his hometown. Another saint, reading that, began the same evangelical effort in his village. Anthony Norris Groves, having come out of denominationalism to be gathered to the Lord’s name, went to the Far East simply relying on God rather than on the support of a missionary society. He was soon followed by a host of other laborers who, inspired by his example, trusted God to meet their needs as they served Him.

A list of such believers, and the books available regarding their lives, could easily stretch beyond the present issue of T&T, let alone this article. What follows is a brief list, obviously limited to the reading experience of the writer, and therefore highly subjective. Another writer might present an equally valuable list of different books that impressed him. This article is suggestive, not exhaustive (and, hopefully, not exhausting).

“The Life of William Farel” by Frances Bevan

This is an outstanding book that traces the tireless service of a contemporary of Luther’s. Wherever he saw souls saved, he tried to leave behind him companies of believers who were gathered to the name of the Lord Jesus. His biographer points out that one of the noblest things that could be writ-’ten of him was that he never made any “Farelites” in his long years of service.

There is a condensed version (1 volume) for the time-impaired, but the larger edition is well worth reading. Whitefield (pronounced as though it were “Whitfield”) was called “the traveling lightening rod of the great awakening.” God used him in a remarkable way throughout the American colonies and it is estimated that about 80% of all colonists at the time heard him preach at least once. Ben Franklin estimated that Whitefield’s voice was so powerful that 30,000 people could hear him at one time. (This might have been after Franklin discovered electricity, but it was certainly before Radio Shack began selling PA systems). A Connecticut farmer gave an enthralling account of the great excitement that Whitefield’s preaching caused. “I longed to see and hear him and wished he would come this way.. .Then on a sudden in the morning about 8 or 9 of the clock there came a messenger and said Mr. Whitefield preached at Hartford and Wethersfield yesterday and is to preach at Middletown this morning at ten of the clock. I was in my field at work. I dropped my tool that I had in my hand and ran home to my wife, telling her to make ready quickly and to go and hear Mr. Whitefield preach at Middletown, and then ran to my pasture for my horse with all my might, fearing that I should be too late.” He described jumping off and running as fast as he could alongside the wagon to rest the horse to “get along as if we were fleeing for our lives, all the while fearing we should be too late to hear the sermon.” He wrote about the clouds of dust, the steady stream of farmers and families all going to the meeting. “All along the 12 miles I saw no man at work in his field but all seemed to be gone…When I saw Mr. Whitefield my mind put me into a trembling fear before he began to preach; for he looked as if he was clothed with authority from the great God, and a sweet solemnity sat upon his brow, and my hearing him preach gave me a heart wound. By God’s blessing, my old foundation was broken up and I saw that my righteousness would not save me.” (Circa 1776) The following quotations indicate something of Whitefield’s deep burden for the spread of the Gospel. “God forbid that I should travel with anybody for a quarter of an hour without speaking of Christ to them.” “0 that I could do more for Him! 0 that I was a flame of pure and holy fire and had a thousand lives to spend in the dear Redeemer’s service. ..The sight of so many perishing souls every day affects me much and makes me long to go if possible from pole to pole to proclaim redeeming love.” As Whitefield, ill and nearing death, reached Exeter, NH, an elderly bystander said to him, “Sir, you are more fit to go to bed than to preach.” He said, “True sir.” Then turning aside he clasped his hands and was heard to say as he looked up, “Lord Jesus, I am weary in Thy work, but not of Thy work. If I have not yet finished my course, let me go and speak for Thee once more in the fields, seal Thy truth, and come home and die.” By the light of a guttering candle, he preached his last Gospel message on the staircase of a Newburyport, MA, home. Eventually, the candle died out, and Whitefield went to bed and passed into the presence of his Lord, having burned himself out in service to his gracious Master.

“To the Golden Shore” The Life of Adoniram Judson, missionary to Burma, by Courtney Anderson

This book is a humbling reminder of how great a price some believers have paid in order to serve the Lord and spread the Gospel. Imprisoned, persecuted, bereaved, Judson never turned back from the path of devoted service.

Volume one deals mainly with his personal growth. Volume two traces the growth of Gospel work in China. After a conference he attended as a young man, Taylor quietly walked the beach at Brighton, weighing up the cost of consecration. That day a corn of wheat fell into the ground and died. The result, by God’s grace, was a harvest of souls on Asian soil.

This is his only autobiographical writing. The book is rare and hard to find. If you know believers who have a copy you could borrow, be very, very kind to them.

“It Can Be Done” by William Williams (J. & J. Gray Printers, Edinburgh)

These two books are thrilling accounts of assembly pioneer work. Mr. Williams and his fellow-workers believed that what God did through Gospel preaching in the book of Acts could still be done in their day. Following the pattern— preaching the Gospel, baptizing and teaching believers, and gathering them to the Lord’s name — they were mightily used by God to plant assemblies in South America.

This entire series is tremendously valuable, enabling believers to read about the labors of men like Donald Ross and Donald Munro and the assemblies they planted in the British Isles and in North America.

Some of these books are out of print, but can be borrowed from the libraries of other believers or of assemblies which have them. Where they can be purchased, run, don’t walk, to your nearest Christian bookstore. Or, better still, look at the book tables at your next conference. Set aside some time to read one of these biographies and your life may never be the same again.