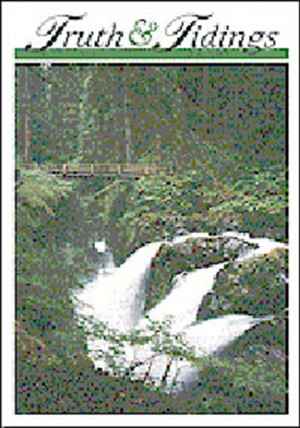 A Charge to be Engaged: Oversight in an assembly

Gospel: My Conversion to God

With the two articles which follow we continue to see the Holy Spirit’s vital role as revealed in the Word of God. These deal with the Day of Pentecost.

The Anticipation of it

The wonderful events of this chapter did not come as a surprise to the disciples, for they had been told by the Lord that the Holy Spirit would descend and fill the vacancy which His departure had caused. Earlier, the Baptist had announced that One was coming after him Who would baptize with the Holy Ghost. The 0 T prophets, when speaking of Israel’s future restoration, foretold that it would be introduced by an outpouring of the Spirit (Is 32:15; 44:3; Ezek 39:29; Joel 2:28). The parting words of the Lord as He ascended to heaven were, “Tarry ye in the city until ye be endued with power from on high” (Lk 24:49 RV). They were not told how long they would have to wait until the promise would be fulfilled, but His words implied that the time would not be long. The expected event occurred in a matter of ten days. This waiting period was spent in the upper room where the disciples assembled to pray. Well might they pray, for with the Lord away from them, they must have felt their helplessness, and yearned for power to be granted to them.

When God appointed the feasts as given in Leviticus 23, He foreknew that they would have a fulfillment in His grand calendar. The Passover had its antitype in the death of Christ, for when He died the Jews were eating the roast lamb. Fifty days after the Passover was the feast of weeks, feast of ingathering, or feast of first fruits. It signified the end of the harvest, and was therefore a time of rejoicing and thanksgiving to the Lord. In the NT, it is called “Pentecost” which means “fiftieth”, because it signified the gathering of the Church, which was the fruit of the Cross. The disciples were not instructed as to when the Spirit would be given and possibly did not know that it would be on the day of Pentecost.

When the actual time came for the Spirit to descend, His coming was not a gradual process, but a sudden intervention from heaven. The gushing wind, heard by all, was a general symbol, while the “tongues like as of fire” resting upon each one was a personal one. In the wind there was a demonstration of the unseen power of the Spirit, and in the tongues of fire, which were visible, there was a demonstration of the enlightening of the Spirit. This occurred together with His uniting together of all on whom these rested. The third sign was the ability given to those who were recipients of the Spirit to speak in tongues. In this there was a reversal of Babel (Gen lit for the diversity of languages then introduced scattered the people into different nations. Here all were praising God and doing so in dialects they had never used before. The speaking in tongues in Acts 2 was done by all and no interpreter was needed. This was a special gift for a special moment. In I Corinthians 14, the gift of tongues required an interpreter and continued only until, “that which was perfect” came.

Pentecost, being one of those feasts which required all the male Israelites to gather to the divine center, meant that Jerusalem was full of Jews, many of whom had traveled from distant parts. When the multitude heard of this new phenomenon, they assembled together to learn what had occurred. What astonished them the most was the speaking of the disciples in such a variety of tongues. The devout asked, “What meaneth this?” Others assumed that the rare speaking was the result of intoxication.

The Answer of Peter

Once again, Peter was the spokesman for the disciples. He began by showing from the prophecy of Joel that what had been experienced was in full keeping with the promises of Scripture. While the original promise of the prophet relates to a future day when its fullness will be enjoyed by the nation of Israel, yet what was experienced at this time was comparable to it. Like some promises in the Scriptures concerning

Christ, such as Isaiah 9:6-7 and Micah 5:2, which are quoted at His birth but await His second coming to be fully fulfilled, so the pouring out of the Spirit promised in Joel had a partial fulfillment at this time, but will be granted in all its details when Israel shall be saved.

The assembled multitude presented a golden opportunity for the twelve to bear witness to their risen, but absent Lord. Peter, speaking for them, tells the people the story of Jesus. His death was divinely appointed, but this did not excuse the wicked deed the Jews had committed in crucifying Him. By quoting Psalm 16, he proves that David’s words could not apply to himself, but were prophetic of Christ. He especially emphasized that the One of whom David spoke would not see corruption, but be raised from the dead and sit on the throne of God. This exalted One had received from the Father the promise of the Holy Spirit, and had shed Him forth, He will continue on the throne above until all His foes are beneath His feet.

The Acknowledgment of the People

The preaching of Peter, especially the closing words of his message, pierced the hearts of the multitude, and caused them to exclaim, “What shall we do?” They were told to repent and be baptized. By their repentance, they turned away from their sins, especially the sin of slaying their Messiah, and by their baptism, they confessed their association with His death and resurrection, and their allegiance to Him.