We have considered the impeccability of our Lord Jesus Christ; not only did He not sin, but He could not sin. There are, however, those who argue that He was capable of sinning (while agreeing that He did not actually do so).

The arguments from those who deny His impeccability are twofold. If He could not sin then, first, the temptations were not genuine; and, second, His temptations were of no practical value to us. We will consider the first.

Does impeccability render His temptations a mere pretense; a nonevent made to look real, when it was not? We will consider this from the standpoints of three personalities who were deeply involved:

Whichever Gospel we read (Matthew 4 or Luke 4), it is clear, from Satan’s words and actions, that he believed he could induce the Lord Jesus to sin, and that he was making every effort to do so. Moreover, we read, “When the devil had ended all the temptation, he departed from Him for a season” (Luke 4:13). This indicates that, though he had failed in his designs, he had not given up, and was biding his time, awaiting another opportunity. The temptations were very real, as far as the intentions of the enemy were concerned.

The temptations were part of God’s purpose for His Son. For example, we read that He “was led up of the Spirit into the wilderness to be tempted of the devil” (Matt 4:1). It goes without saying that God’s purpose was very different from Satan’s. God never tries to make anyone sin for “God cannot be tempted with evil, neither tempteth He any man” (James 1:13), nor was He testing His Son to see if He would sin. No! As far as God was concerned, the temptations were not to determine if the Lord Jesus could sin, but to demonstrate that He could not.

The objection made to this runs along lines like these: “If He could not sin, the temptations were meaningless. They can only have been a valid test if there was a possibility of Him succumbing.”

However, it is incorrect to say that a test is valid only if there is a possibility of failure. Consider a metallurgist with a sample of a precious metal which he knows to be genuine. To assure others of that fact, he will do tests that confirm its true identity. If, having observed the tests and their conclusive results, one refuses to be convinced, on the grounds that the person carrying out the tests already knew it to be that metal, his objection would hardly be considered valid.

Likewise, the temptations demonstrate the true character of the Lord Jesus Christ. The fact that there was only one possible outcome, already known by God, does not in any way invalidate the test.

What of the experience of the Lord Jesus Himself? Did the fact that He could not capitulate make the temptations unreal – or, at least, easier – for Him?

Here we are treading on holy ground. So, with great care and reverence, we will make a couple of points to show that, far from making the experience easier, His impeccability made the temptations harder than they would have been for sinners like us.

For many of us, when we were in our sins, to be tempted did not cause us any great concern. Now that we are saved, it is a much more grievous experience. Take a simple example. Many an unbeliever thinks nothing of the temptation to use foul language; but once saved, he finds such temptation deeply distressing. That is because he is now a child of God, indwelt by the Holy Spirit, and having a desire, from God Himself, to live a holy life. Temptation is thus a much more painful thing to him than it was before.

If temptation is distasteful to saved sinners, which we are, how immeasurably more so must it have been for our blessed Lord, Who is inherently holy. To experience His archenemy coming, seeking to entice Him to do that which is utterly repugnant to Him, would have been unspeakably more abhorrent to Him than it could ever be, even to the choicest saint.

Looking from another angle, a person who quickly gives in to temptation does not suffer much from the temptation (of course, he will suffer the consequences of having yielded, but that is a different matter). The person who withstands the onslaughts of the enemy, suffers more in the temptations than the one who readily succumbs. In the Lord Jesus, and in Him alone, this is seen in its fullness. He, being impeccable, is the only person Who has borne the full weight of temptation. Unlike us, He did not, and could not, get out of it by capitulating to it. He endured its load to the full.

Thus, contrary to the idea that His temptations were not real, the opposite is the case. His impeccability, far from rendering His temptations unreal, made them more trying than anything we have ever known.

So, whatever standpoint we view them from, the temptations of our Lord were real indeed. 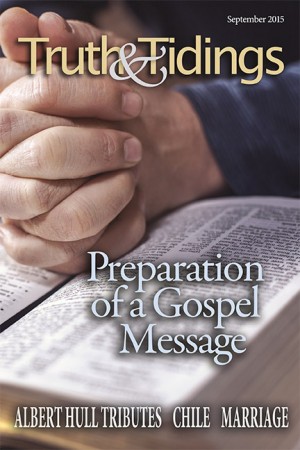