How much do our loved ones in heaven know after they have arrived there?

The only information we have about the present heavenly experiences of believers is what the Scriptures tell us. So, we must limit ourselves to “what saith the scriptures”? Consider the experience of the Lord Jesus. When He was crucified, He experienced death in a true, human way. He commended His spirit to the Father, and then expired (Luke 23:46). His spirit and body were separated at that time. His burial was then a normal human burial, and His body remained in the tomb until the appointed day of resurrection. That period in the tomb is marked by silence in the Scriptural record. We are not given any information as to what may have transpired relative to His spirit during this interval. It was simply in the hands of the Father. On the first day of the week, the Lord rose from among the dead with a physical, identifiable body. Luke is very careful in his gospel to demonstrate that the Lord possessed all of the five human senses after His resurrection (hearing, touch, sight, taste, smell – Luke 24:36-43). He was visually recognizable as the same Man, as indicated by all the evangelists (Matt 28:9, Mark 16:14, Luke 24:39, John 21:7, 12). What He was then, is still true of Him today, and for eternity. When we consider the believer’s experience, we die the same death as all mankind (excluding, of course, the expectation of the rapture). We are, each one, a funeral-in-waiting. Like the Lord, the spirit and soul are separated from the body and go to be with the Lord (2Cor 5:8). Paul describes it as “… to depart, and to be with Christ” (Phil 1:23). Both of these passages referred to certainly indicate a pleasant and preferred condition. Under normal circumstances, a believer’s body is then laid to rest in a grave somewhere. The fact that some have been martyred by fire, lost at sea, or cremated, does not change, either the fact of death or the ultimate dissolution of the body, as it returns to dust according to the edict of the Creator (Gen 3:19), awaiting the resurrection along with the rapture of the living saints. The Scriptures speak of the death of the New Testament saint as a sleep. It is exactly the same term used for physical death (Acts 7:60, 13:36, 1Cor 7:39, 11:30, 2Peter 3:4). There is nothing in Scripture that tells us anything about any physical activity during that period of time of being in the grave. But the very word “sleep” indicates life existent, rest enjoyed, and hope of awakening assured. One day the shout that we all are waiting for will be heard (1Cor 15:52 and 1Thes 4:16-17). The dead shall rise first, the living shall be changed, and together the whole Body of Christ will rise to meet Him in the air. John, in his first epistle, is specific that “we shall be like Him” (1John 3:2). Paul, in Philippians 3:21 states quite clearly that the Lord “will transform the body of our humiliation, that it may be conformed to the body of His glory.” So the resurrection bodies of the saints will be like the body of our Lord Jesus Christ after His resurrection. That means that we will be recognized as being the same persons and that all our physical faculties will be functioning then as His are, and our bodies will be perfectly adapted to that resurrection environment that He has prepared for us. 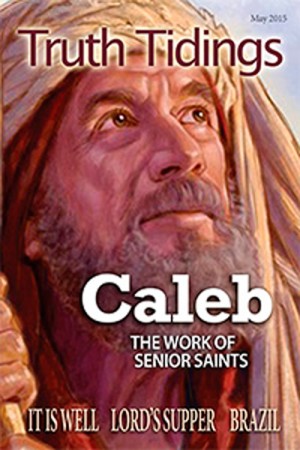