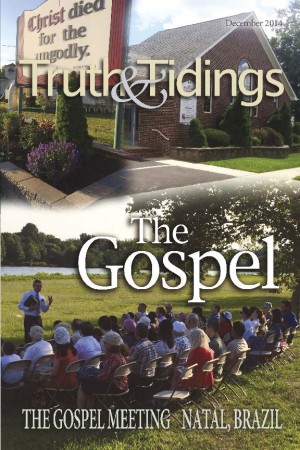 No one likes to admit they are wrong. We know it is our pride that prevents us, but it is still difficult to overcome. Since pride is the problem, willingness to admit our error is a mark of humility. David made quite a few mistakes in life so he had plenty of opportunity to display humility. If you and I are honest, and possess even the slightest humility, we would say that we have plenty of opportunity to admit our wrongs as well. Do we admit it when we are wrong, or do we continue in our pride, too convinced of our own wisdom to face the facts? Do we humbly repent, or stubbornly ignore our mistakes to uphold our (mis)conception of our own greatness?

Samuel is the prominent character of the first seven chapters of 1 Samuel. From chapters 8-15, Saul is prominent. For the remainder of 1 Samuel, David, the man of God’s own choosing, becomes prominent. There are more chapters of Scripture given to the biographical sketch of this lovely man of God (approximately 66 across several books) than anyone else, apart from our Lord. One aspect of his character that shines through repeatedly is his humility.

When David loses his temper and takes an army of men to go and kill Nabal (1Sam 25), Abigail steps in to show him the error of his ways. “David, you’ll regret this,” she warns him. David could have flicked her out of the way and continued on his tirade of revenge. But he stops. He blesses the Lord and Abigail for her advice, and says “I have hearkened to thy voice” (1Sam 25:35). Sometimes we are too proud to listen to others’ ideas when we are going full steam ahead, convinced of our own righteousness. But David listens and humbly admits his mistake. Do you listen to the counsel of others?

David’s lust, fornication, and murderous cover-up (2Sam 11) are well known. There is nothing beautiful about it. But there is something beautiful about the scene in the next chapter when Nathan confronts him: “You are the man!” and David humbly submits, “I have sinned against the LORD” (2Sam 12:7,13). When you consider David’s actions up to this point, you might expect him to lock Nathan up in order to silence him. But facts are facts. As hard as it is to face them, David does, in deep humility (Psa 51). Do you self-servingly cover up your mistakes? Humbly admitting our mistakes before they cause more damage is better than saving face.

Later, in a lapse of character, David sends Joab to number his men to get an assessment on the greatness of his power (2Sam 24). Joab protests, but who is he to resist the king? David shows him who is boss and gets his way. Are you like that sometimes? “It’s my way or the highway.” Thankfully, David is subsequently convicted of his mistake. He doesn’t make excuses. He simply says, “I have sinned greatly in what I have done” (2Sam 24:10). He does not become bitter toward God or his prophet, Gad. He is humble, and admits his wrongdoing. You will never sit on the throne of Israel, but you can be great like David, with a humble, honest character. “For he who is least among you all is the one who is great” (Luke 9:48, ESV).