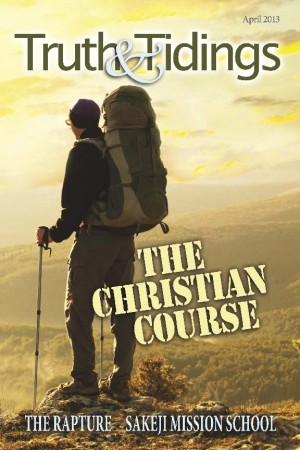 Adam and Eve were placed in the Garden of Eden with everything they could possibly want – or so we would think. A sinless perfection, so much so that, sometimes when people describe an ideal place, they call it “a paradise” – a Garden of Eden. Later, when Lot chose the bucolic, well-watered plains of Jordan, they appeared so verdant he compared them to “the garden of the Lord” (Gen 13:10). But for Adam and Eve, it was not enough. They attempted to create their own world and that discontentment has dogged humanity and created restlessness and unmeasured heartache ever since.

Our present age of endless innovation feeds that restlessness in a way never before possible. Unquestionably, remarkable inventions of recent years have brought great benefits and have alleviated suffering, especially in the field of medicine. On the other hand, they have also fed our insatiable desire for more.

The rapid rate at which new devices are manufactured is breathtaking. Before a new item is launched in the marketplace, it has become outdated as another waits in the wings to be unleashed. And with the Internet and the proliferation of media advertising, clever marketing feeds our desire for more, and has lowered our resistance to the hype. Obsolescence is built into everything and the craving for the newest is accepted as the norm. In fact, there are several “iWant” apps for electronic devices. If it was limited to “things,” it would be bad enough, but the disease has metastasized into other areas of our lives.

Thus, we feel our world is “deficient” and we want to create for ourselves a better world. Our houses are too small; the location is nothing special; our cars are old; our furniture is outdated; our clothes are not in style; our careers are not fulfilling; the job doesn’t satisfy – the pay is inadequate, the work environment is stressful, the boss is unreasonable.

And it creeps into assembly life! It is not what it ought to be: the elders, the other Christians, the meetings. You don’t enjoy them anymore.

So we try to create a world we can “enjoy” because it is enjoyment, our enjoyment, that matters!

We want to return to Eden. And so we should. But to return to the paradise, we need to revisit the lessons. If we could calculate the sum of all the pain and suffering, the heartache that has come from that one rearranging of God’s creation, we would understand – as Adam and Eve discovered so abruptly – that it is much wiser to allow God to be the Creator, and to live in contentment as creatures in the world He has designed for us.

On the contrary, while it is true that we live in a fallen world, God does not intend us to be fatalistic, bowing before the inevitable. It is fine to seek to alleviate our circumstances … at times. But fatalism and realism must be held in a state of equilibrium.

We live in an imperfect, flawed world, and we can’t change that. Someday God will. In the meantime, we need to live with the reality that we are not the only ones that groan, for, “the whole creation groaneth and travaileth in pain together until now” (Rom 8:22). And the groaning will continue until God brings it to an end. Hence, there is no point in living in a fantasy world seeking to create a paradise in a fallen world. There is no heaven on earth.

As long as we live, there will be a mixture of joy and sorrow, pain and pleasure, rest and labor. And we will only add to our frustration by trying to escape from the realities of this groaning creation. It is not wrong to hope for something better. We are waiting “for the adoption, to wit, the redemption of our body” (Rom 8:23). With all creation, we eagerly await the moment when the creation itself “shall be delivered from the bondage of corruption into the glorious liberty of the children of God” (Rom 8:21).

But this will come in God’s time. We cannot alter or adjust His timetable. Adam and Eve tried to recreate their world and then had to run from it in dismay. Their strategy failed; so will ours.

The Lord, however, had a better plan. True, they could no longer live in a paradise, but He clothed them so they were adequately provided for in a fallen world, and He pointed them forward to the hope of a Savior and a better day. Likewise, this is all we have: adequate provision to continue living in a blighted world, the hope of the coming Savior, and the promise of a better day. But it is enough because, “His divine power hath given unto us all things that pertain unto life and godliness” (2Peter 1:3).

For now, the best choice is to stop trying to recreate our world. This will only add to our groaning and to our frustration. It is an overused cliché but it is still true that “God’s ways are best!” Thus the exhortation, “Let your conversation be without covetousness; and be content with such things as ye have” (Heb 13:5). Darby’s translation reads: “satisfied with your present circumstances.”

Adam and Eve were not satisfied, and, as a result, for thousands of years humanity has reaped the harvest of their discontentment. Paul told Timothy that, “godliness with contentment is great gain” (1Tim 6:6). This is the key to living in a fallen world.

We have a choice: We can be the creators of our world and produce disaster or we can be creatures in the world God has created for us and be at peace.