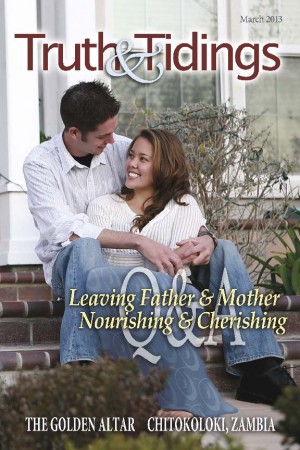 I got the shock of my life today when I walked to edge of the camp and I saw Miriam outside – yes, outside our camp. How humiliating it must be for her. I heard that she’s out for seven days. That’s why we haven’t been traveling the last couple of days. The whole camp has come to a standstill because of Miriam. I assumed because of who she was, she wouldn’t be treated like the rest of us. But what a lesson this is for all of us. Sin is a super serious matter with God, regardless of our name or fame. He shows no favoritism. It was a wake-up call for me; a fresh reminder of how God views sin.”

And a real shock it was. Miriam had sinned. She had been critical of her brother Moses and jealous of his leadership role. This is the same Miriam who had such a thrilling role to play when little Moses was in the homemade floating basket in the Nile. When the princess of Egypt claimed the baby boy as hers, young Miriam ran up to her and offered to bring one of the Hebrew women to nurse the child. And Miriam’s strategy worked. Baby Moses got to go home with his parents.

Miriam led the song of praise on the shores of the Red Sea after their triumphant crossing. Miriam was a prophetess and a leader (Micah 6:4), but Miriam sinned. She was probably the instigator and Aaron joined in on the scheme to challenge Moses’ authority. Her opening line of attack was a criticism of the wife Moses had married, but the real issue boiling just below the surface was a dark jealousy of Moses’ unique leadership role assigned to him by the Lord.

What a loud message the Lord sent to all His people about the seriousness of sin. Miriam’s sin ended up affecting the whole camp for seven days – probably a million plus people.

God still treats sin very seriously today. If you read 1 Corinthians 5, you will see there are sins that Christians can tragically commit that require their excommunication from an assembly of believers. Just like Miriam was restored to the camp and was later brought back inside, a Christian who sins and is excommunicated can be (and hopefully will be) restored to the Lord and brought back into the fellowship of the local church. It is a sad day for everyone in a local assembly when a believer has to be put away because of sin. The action ensures the assembly is cleared before the Lord in the matter of the sin but it also is a loud reminder to everyone to live a holy life.

Sin is very serious. Are you playing with fire – something that has the potential to tragically bring you down? What’s your plan to avoid disaster?