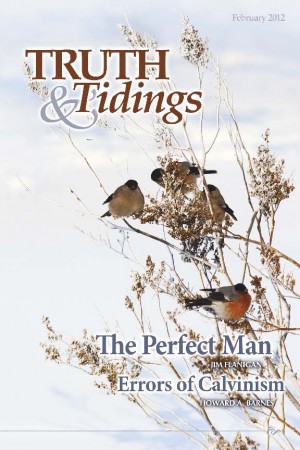 Was Paul imprisoned once or twice?

It seems that Paul was imprisoned twice, although many claim there was but one imprisonment, at the end of which he was martyred. The main passage stressed to maintain that there was only one imprisonment is Acts 20:25,38. The apostle’s words rather suggest that he would never again journey around Asia Minor confirming the churches (assemblies), going from place to place preaching the Kingdom and thus seeing believers everywhere he went. The book of the Acts, Paul’s prison epistles, and the pastoral epistles lead us to accept that there were two imprisonments of Paul at Rome.

Everything in the Acts seems to be in Paul’s favor as to the Roman Authority. He is permitted to make his own defense before the people (Acts 21:31) and the Jewish Council (Acts 23:9); Claudius Lysias, the chief captain, writes a letter in Paul’s favor (Acts 23:25-30); Festus tells Agrippa that Paul had done nothing worthy of death (Acts 25:25); he is treated kindly by the Roman centurion Julius, who saves his life (Acts 27:3, 43); at Rome he is not cast into prison, but permitted to stay in his own hired house (Acts 28:16); and although a prisoner awaiting trial, he is allowed personal liberty and opportunity to preach the gospel (Acts 28:30-31). Thus we are left in the Acts with no thought of a hard imprisonment for the apostle at the end of which lies martyrdom. Realizing that we cannot be guided by tradition in itself, we nevertheless point out that tradition tells us that two years were allowed for charges against a person to be pressed under Roman law. After that period, should the charges not be pressed or should they be proven to be false, the prisoner was released. Again, tradition states that this is what happened in the case of the apostle Paul.

In the prison epistles, we are led to expect his release from prison. In Philippians 1:23-26, Paul states it was needful for him to remain with them and that he would abide and continue with them. In Philippians 2:19-24, he indicates that he would be sending Timothy to them after learning the result of his case, and that he expected to follow. In Philemon 22, Paul infers that he was anticipating his release and so requests Philemon to have the guest room ready for him. These epistles, therefore, lead us to expect his release from prison.

The pastoral epistles also indicate that the apostle Paul made further journeys after the events recorded in the book of the Acts. In Titus 1:5, Paul speaks of having left Titus in Crete. Yet during his three missionary journeys recorded in detail in the Acts, Paul never touched Crete. In Titus 3:12, Paul writes that he planned to winter in Nicopolis. Yet there is no record in the Acts of Paul visiting such a place. In 1 Timothy 1:3, Timothy was exhorted to remain at Ephesus while Paul went into Macedonia. However, we discover from the Acts that Paul was never in Europe during his first missionary journey and that he was forbidden to go to Asia (Ephesus) on his second missionary journey (Acts 16). On his homeward journey, he did visit Ephesus, but from there went to Antioch via Cæsarea. On his third missionary journey, he did visit Ephesus and did cross over into Macedonia, but Timothy was not left behind at Ephesus; he was sent to Macedonia and Corinth (Acts 19:21, 1Cor 4:17) and is soon back with the apostle (2Cor 1:1). Such passages as Romans 16:21, Acts 20:3-5 and 1 Corinthians 16:3 show that Timothy was not, at that time, left at Ephesus. In 2 Timothy 4:13, Paul asks Timothy to bring his cloak and parchments which he left at Troas. If he had not been released from prison, the last time he been at Troas was about six years previously (Acts 20:6, 17), and on that occasion Timothy was with him. In 2 Timothy 4:20, Paul states that he left Trophimus sick at Miletus, yet, on the only visit to Miletus recorded in the Acts (ch 20), Trophimus did not remain at Miletus, but was at Jerusalem with Paul at the time of his arrest (Acts 21:29).

Thus it seems evident that the apostle Paul was imprisoned twice at Rome and that 1 Timothy and Titus were written during the period between the two imprisonments and 2 Timothy during the second imprisonment.