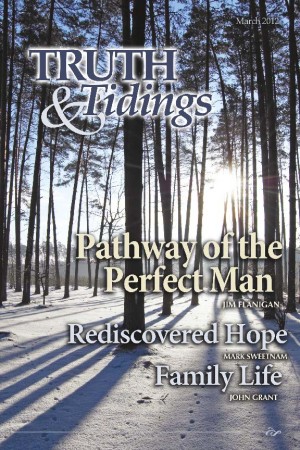 The above phrase occurs four times, with slight variations and at critical times, in the Old Testament:

The Denial of the Spies

Numbers 14 chronicles one of the saddest, and most costly, of days in Israel’s history. In unbelief, they turned back at the border of the land. The chosen nation, Israel, had failed to fulfill God’s purposes for them. Rather than a witness to the nations around and to be a testimony to the character of God, they were marked by unbelief. Were God’s purposes frustrated? Did God have to resort to Plan B to accomplish all that was in His heart? God asserts to Moses, “All the earth shall be filled with the glory of the Lord” (v21). Messengers might falter, but the mandate will succeed.

The Deficiency of the Leader

David’s Messianic Psalm (Psa 72) provides the next instance of this expression. As a leader, David realized his short comings (2Sam 23:5); yet he could cry, “Let the whole earth be filled with His glory” (Psa 72:19). Little wonder he could add that his prayers were ended. He could ask for nothing greater.

Every leader groans beneath the burden of the consciousness of limitations and failure. Yet what a comfort that God will still fill the earth with His glory. Rather than promoting laxity, it should stir us to even greater devotion.

The Discovery by the Servant

The anointed eye of Isaiah the young prophet saw much that needed correcting in the nation. In chapter five, he pronounces woes six times on others. But in chapter six he gets a sight of the throne and realizes his own sinful condition. He discovered that he was a man of unclean lips. The seventh woe was reserved for himself. “Woe is me!” (v5). Did an awareness of his own unfitness to serve God mean that service was not possible? Just the opposite! It is this kind of man that God was able to send. Did his discovery mean that God was handicapped in accomplishing His great program? “The whole earth is full of His glory” (v3). Here it is present tense – an accomplished fact even before it occurred (cf Rom 8:29, 30).

The Defeat of the Nation

Habakkuk, the wrestler, struggled with the issue of a wicked nation being used by God to judge Israel. In chapter two he was given a principle to live by – “The just shall live by his faith” (v4), a prospect to look to – “though it tarry, wait for it” (v3), and a promise to lean upon – “The earth shall be filled with the knowledge of the glory of the Lord” (v14). The failure of the nation would not limit God in any way.

While we can take no comfort in our failures, limitations, and inconsistencies, we can take great solace from the fact that God’s program will be brought to completion. While Satan may win small skirmishes here and there, God is the ultimate victor and will fill the earth with His glory, enthrone His Son, and bruise Satan under our feet shortly (Rom 16:20). I can hardly wait for that day!