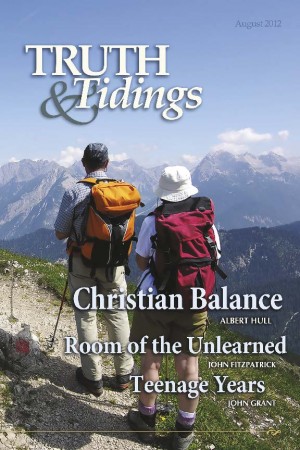 The pagan concept of propitiation had as its background “conciliation,” trying to earn appeasement from the gods or regain their favor. These pagan gods were presented as bad tempered, capricious, and mercurial, and as such they needed to be appeased. The Biblical presentation of propitiation is quite different. Mankind is not required to present something to God to acquire His favor; there is nothing that we could do to obtain this. Through what has been accomplished by the Lord Jesus upon the cross, God has been propitiated. His holy and righteous character has been satisfied with regard to sin, and His wrath towards mankind has been appeased.

The word “propitiation” occurs in the Greek version of the Old Testament known as the Septuagint, and often referred to as the LXX. One example of this is Exodus 25:18 where it is used in place of the term “mercy seat” which we could accurately translate as the “propitiatory, or place of propitiation.”

There are six occurrences of the term propitiation in the Greek text of the New Testament. These are found in Luke 18:13, Romans 3:25, Hebrews 2:17; 9:5, 1 John 2:2 and 4:10. In Luke 18:13 and Hebrews 2:17 the verb hilaskomai is used, (Strong’s#G2433). This means “to be propitious or merciful to, or to make propitiation for”(Vine). The noun hilasterion, (Strong’s#G2435), is used in Hebrews 9:5 and signifies the “propitiatory or place of propitiation” and is used of Christ in Romans 3:25. In 1 John 2:2 and 4:10, we find the noun hilasmos, (Strong’s#G2434), meaning “expiation, a means whereby sin is covered and remitted” (Vine). In view of the satisfaction which God has received from the death of Christ it has been suggested that propitiation can be succinctly defined as “mercy from a satisfied God.”

In some English translations the word “expiation” has been substituted for propitiation. Is there a distinction between these two words? The English word “expiation” is derived from the Latin word expiare, the root of which means “to make pious” and implies the removal or cleansing of sin and guilt. The object of expiation is sin, not God; one propitiates a person, and one expiates a problem. God was propitiated with regard to sin. The dimensions of the cross and what the Savior has accomplished are so significant that it includes both expiation and propitiation. A distinction should also be made between propitiation and reconciliation. Hebrews 2:17 is better translated “to make propitiation for the sins of the people” (Darby). As noted in a previous article God did not need to be reconciled; however He needed to be propitiated in respect to His wrath and with regard to His claims against sin.

Propitiation: the basis of justification

Paul declares that God’s purpose in respect of propitiation has been publicly demonstrated: “Whom God hath set forth to be a propitiation through faith in His blood, to declare His righteousness for the remission of sins that are past, through the forbearance of God; To declare, I say, at this time His righteousness: that He might be just, and the justifier of him which believeth in Jesus” (Rom 3:25-26). As we consider this passage it brings to mind the mercy seat or place of propitiation in the Old Testament. The Lord had indicated to Moses that the mercy seat would be the place of meeting “and there I will meet with thee, and I will commune with thee from above the mercy seat”(Exo 25:22). This is illustrated on the Day of Atonement in Leviticus 16. On that day two goats were taken; these two goats were one sin offering (Lev 16:5). One of them was killed and its blood was taken into the presence of God and was sprinkled by the high priest on and before the mercy seat. This propitiated God. The other goat represents substitution; the iniquities and sins of the people were confessed on its head. It was then taken by the hand of a fit man and let go into a land uninhabited. If the people of Israel afflicted their souls in repentance (Lev 16:29) they came into the good of what God had accepted in this sin offering. It is important for us to understand correctly the phrase, “through faith in His blood.” If we add commas to the text the sense becomes clearer. “Whom God set forth to be a propitiation, through faith, in His blood” (ASV). The blood speaks of the sacrificial aspect of the death of Christ. It is the blood of Christ which has propitiated God and given Him full and final satisfaction with regard to sin, and is the basis on which He justifies sinners. Our faith is not in His blood; we are justified through faith in a living Savior, the Christ of God (Acts 13:38-39, Rom 10:9).

Propitiation for those in the family

The setting of 1 John is the family of God. John writes, “My little children, these things write I unto you, that ye sin not. And if any man sin, we have an advocate with the Father, Jesus Christ the righteous: And He is the propitiation for our sins: and not for ours only, but also for the sins of the whole world” (1John 2:1-2). Sin is never expected to be the habitual practice of the believer’s life; however we are not sinless (1John 1:8) and still have the potential to sin. Confession is required when we sin (1John 1:9) so that our communion with the Father can be restored. If we sin we have an advocate with the Father. The word “advocate” indicates “one who pleads another’s cause.” This is not dependent on the confession of our sin, as the Lord Jesus takes up our cause at the moment of our failure; interceding before the Father. The reason He can do this is because “He is the propitiation for our sins.” John indicates that the scope of propitiation is not only for those in the family, but also, provision has been made for “the whole world.”

In conclusion, through the death of Christ, God has been propitiated and His claims have been met. If we have accepted Christ by faith, having cried like the publican, “God be merciful (propitious) to me the sinner” (Luke 18:13), we too can rejoice in the words of the Savior: “This man went down to his house justified.”