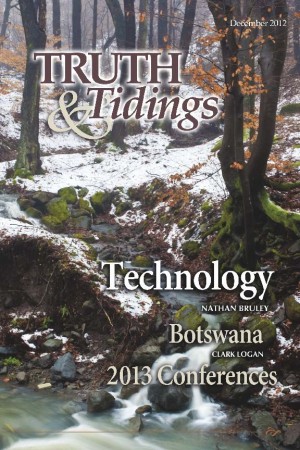 Why are some names omitted from the genealogy in Matthew?

This question has been raised in the minds of Bible students for years. This answer may not satisfy every enquirer, but here are some observations.

Jesus is son of David, giving Him right to Israel’s throne, and, son of Abraham, giving Him title to the land of promise. Offspring referred to is not often a “first-born” son, and therefore disqualified. There is the unusual mention of women: Tamar, Rahab, Ruth, Bathsheba (all with a moral blemish) and Mary (wrongly accused of immorality). There is an obvious omission of three names, Ahaziah (evil), Jehoash (part good), Amaziah (evil). There is inclusion of Jehoiachim where the royal line was to stop. David is mentioned twice. So, except for the first point, the genealogy is unconventional.

It is to be noted that in Jewish genealogy, “son” may refer to grandson or other blood relative, not the immediate born; some of this related to levirate marriages, that is, of a man to his widowed sister-in-law, to protect the inheritance. And there are Bible examples of genealogy being abridged.

Next, notice there were only 41 names, and, the text does not say there were 42 generations, but rather three groups of 14, thereby omitting some and including one twice. Each of these three periods represented different forms of government: theocracy, monarchy, and oligarchy.

In verse 3, it is “Phares and,” while in verse 11, “Jechonias and,” to show there were others who could have filled the place of heirs. Also, there were other kings worse than the three omitted if he wished to present a better side to the genealogy of Jesus.

So Matthew is not writing to give a legal record or historical account. He presents the Lord Jesus Christ from a spiritual perspective as the rightful and qualified king to the nation of Israel; He will sit upon David’s throne, superseding all previous forms of administration. Therefore, he makes his selection according to the theme of his gospel to validate this point. Matthew is accurate in what he claims, even though Jewish opponents had contradicted the Lord’s claims as Christ by dismantling Matthew’s genealogy. Such selective process is like Luke who drew what he needed from available records and writings to compile his presentation of Christ as the truly perfect man.

Why, then, the omission of these names? My suggestion is that, as a tax-gatherer, Matthew was a “numbers” man whose personality and occupation lent itself to arrange data in an orderly fashion. In his times writing tablets were not always available; such organization allowed for ease of memorization, and so, Matthew wrote this tidy, though accurate, genealogy in this way—omitting the three names noted. Furthermore, the Holy Spirit used the human character of His chosen writers of Scripture, and Matthew is one of many examples.

How was John the Baptist filled with the Holy Spirit from his mother’s womb?

This question undoubtedly arises when trying to understand this statement in light of teaching with respect to the Holy Spirit. From the NT, we learn that, upon conversion, the Christian is sealed and subsequently indwelt by the Holy Spirit, is led by the Spirit, can grieve the Spirit, and can quench the Spirit (Eph 1:13, John 14:6). Comparative study with the OT teaches that the Holy Spirit, prior to His descent at Pentecost, came “upon” persons. This was for particular service for God, as with Saul, with David, and with Jehovah’s perfect servant, depicted in Isaiah’s prophecy and fulfilled in the Lord Jesus as He commenced upon His earthly ministry (1Sam 11:6; 16:13; Isa 42:1; Luke 4:18). Another term encountered before Pentecost, in the case of the Lord Jesus, and after with Stephen (and others), is being “full of the Holy Spirit” (Luke 4:1; Acts 6:1, 5). This expression describes the character of such persons, and is distinct from “being filled with the Holy Spirit.”

But the words “be filled with the Holy Spirit” in our question text also occur both before and after Pentecost. Examination reveals that a) the verb is passive describing an action done, not “by” a person, but “to” them, and, b) it is the fitting of a person, by the Holy Spirit, to enable them to speak for God. It was prophesied of John the Baptist, but was also noted of his father, his mother, the apostles in the Acts, and even of the Christian in his daily communication with other believers and in his praise to God (Luke 1:15, 41, 67; Acts 2:4; 4:8; Eph 5:18). Thus, the secret of the truth, power, and effectiveness of John’s ministry lay in the Holy Spirit’s presence and power within him, and not in the rugged character of the man. When God’s time came for him to preach, the words, the power, and necessary boldness were all supplied by the Holy Spirit Who filled him at the time. That alone can explain the success apparent in his service.

The expression “from his mother’s womb” could hardly refer to the filling of the Holy Spirit from the time he was born. After all, it would take time for him to learn to speak; and it would be years before his actual service commenced. But the separation and self-denial so obviously characteristic of John’s life began at birth. The prohibitions expressed were features of the Nazarite’s vow, as seen in Samson, Samuel, and others, also incumbent from their birth. They were Jehovah’s servants raised to meet the need of their day (Num 6), as was John. His life, therefore, as well as his message, was a witness against the excesses of the leaders of Israel, whom he reproved as he introduced Christ. So the expression “from his mother’s womb” must refer to the life of self-denial he would lead rather than the power with which he would speak.

Bible punctuation and word order were inserted by translators to provide ease of reading; it was neither inspired nor in the original text. Here, it has caused some confusion as to the time of the commencement of the Spirit’s work in John. We also know he would require some point when he was “saved,” and, only thereafter, “be filled with the Spirit,” even though these events are not recorded.