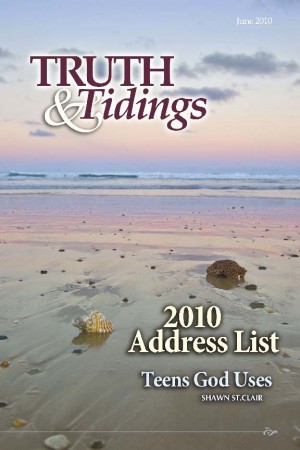 In previous articles, we saw how God overruled the spread of the Greek Empire, culture, and language, to prepare the world for the spread of the gospel and the teaching of the apostles. The Septuagint translation of the Hebrew Old Testament into Greek, and the fact that the New Testament was originally written in Greek, meant that the Scriptures were accessible throughout the classical world.

The ascendency of the Greek Empire did not last for long. Already by the time of the Gospels, the Greek Empire had fallen and Roman rule spread over the greater part of the known world. The Latin language of Rome was slower to displace Greek as the most widely spoken language, but, over time, it began to dominate. To new generations who spoke Latin, the Greek Scriptures were not accessible. This problem was addressed by a large number of translations of parts of the Bible into Latin. These translations had accumulated over more than a century, were incomplete in their coverage, and very patchy in their quality. With time it became apparent that a better and more complete translation of the Bible was required.

In 382, this problem was recognized by Pope Damascus I, who commissioned Eusebius Hieronymous, better known as Jerome, to begin work on a new translation of Scripture into Latin. Jerome’s parents were Christians, and, after being educated in Rome, Jerome was baptized, and lived a life of self-denial. However, the death of two of his friends, a serious illness, and a dream in which Christ said “you are not a Christian” seem to have brought about Jerome’s true conversion. After spending some time in the desert, and acquiring an excellent knowledge of both Greek and Hebrew, Jerome returned to Rome. Soon, his forthright criticism of the Roman Church and the lax living of the Roman Christians resulted in his being asked to leave the city. He moved to Bethlehem, which provided him with an excellent base for translating the Hebrew Old Testament into Latin.

Initially, Jerome had been commissioned to simply revise the text of the existing Latin translation of the four Gospels, but the project continued to grow until Jerome had overseen the translation of all of the Old Testament and most of the New. Not all of the work of translation was carried out by Jerome and, in some places, the new translation was more of a revision of existing Latin translations. The division of this work was based on Jerome’s recognition that not all the books regarded as Scripture by the Catholic Church were inspired. He was probably the first person to use the term Apocrypha to describe the portions of the Septuagint that are not the translation of Hebrew originals. These, he clearly said, did not form part of the canon of Scripture. He was happy to leave the translation of these works to others, but translated the 39 books of the Hebrew Old Testament himself.

In addition to his translations, Jerome provided prologues to a number of Old Testament books, the Gospels, and to the epistles of Paul among which, he argued, the epistle to the Hebrews was to be numbered.

Latin was widely spoken throughout the Roman Empire and, even when that empire crumbled, Latin remained prevalent throughout Europe. Therefore, Jerome’s translation was adhered to throughout the Middle Ages, and, consequently, became known as the versio vulgata, or the Vulgate. In 1546, it was declared the official Bible of the Catholic Church by the Council of Trent and, though it has since been revised, it remains so.

Although Jerome’s translation was in the common language of fifth century Europe and although the Vulgate was intended to make Scripture widely accessible, it came, ultimately, to have the opposite effect. To some extent, Jerome had done his job too well. Because his translation was so good, no one felt the need to improve it, and throughout the Middle Ages, the Vulgateremained the version of Scripture most widely used.

As Latin became increasingly the language of the learned, those who did not speak it found themselves cut off from Scripture. Attempts to translate Scripture into the vernacular languages spoken by the common people of the European countries were opposed – often violently – by the priests who had come to see their monopoly on the meaning of Scripture as one of the chief sources of their power. It was, perhaps, this abuse more than any other that energized the Reformers in their protest against the Catholic Church.

The Vulgate was, for its day, an excellent translation. But it also reminds us that it is a dangerous and foolish thing to insist that any one translation is the definitive version of the Word of God. The Words of Scripture are inspired; Jerome and his successors, as translators of the Word, were not.

In medieval Europe, a project initially designed to make Scripture reliably and widely available ended up as the symbol of an exclusive and elitist approach to Scripture. And it may be that this irony is one of history’s lessons for us.