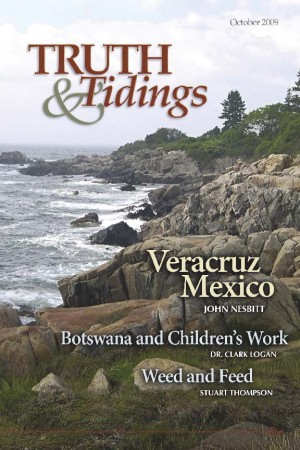 The first issue is your response to the pressure of the situation. You have the opportunity to not only reinforce your standards, but to model for your children how to handle peer pressure. It is not easy to be different from other families. Ideally, we would all have the same convictions and same standards. But in reality, we all bring differing viewpoints and backgrounds to our child-rearing. Pitfalls and dangers which we have encountered in our own experiences will have an influence on what we perceive as dangerous for our children.

Begin by explaining why you have the convictions which govern your home (Rom 14:5). Be sure they are grounded in clear Biblical principles and explained in an understandable manner to the children. Use the opportunity to teach your children that each individual must be governed by his own conscience in his relationship with the Lord. This means that other families are moving according to their understanding. You must avoid the danger of condemning others or any suggestion that they are in any way less spiritual. Each father will have to give an account of the leadership of his own family (Eph 6:4).

Most of the areas of divergent thinking are related to sports involvement, entertainment, school activities, and similar issues. While many of these are innocent in themselves, parents may have concerns about the depth of involvement and the potential for future interests. As well, one parent may recognize the need for a child to be involved in a particular activity for the sake of balancing some personality trait while others may need to be restrained due to their personalities.

Learning to withstand peer pressure and doing it with a spirit of grace is a vital parenting skill.

How can we teach our children to avoid peer pressure?

A look at some of the changes in N. American schools in the last 50 years will give some insight into the tremendous danger of peer pressure. Then, the major problems in schools included: talking in class, chewing gum, making nosie, running in the halls, dress code violations, and cutting in line ahead of others. Today? Alcohol abuse, drug abuse, teen pregnancy, mass murders, assaults, suicide. The moral slide which the past half century has seen is huge and destructive. But tragically, these dangerous behaviors are some of the areas in which peer pressure is operative. No child or school, whether Christian, private or public, is immune from its effects.

In one sense, we don’t want our children to be totally isolated from peer pressure. We want them to learn how to deal with this malevolent influence. They will face it as adults throughout life. To begin to recognize it and to learn to parry the thrust of the tempter are vital.