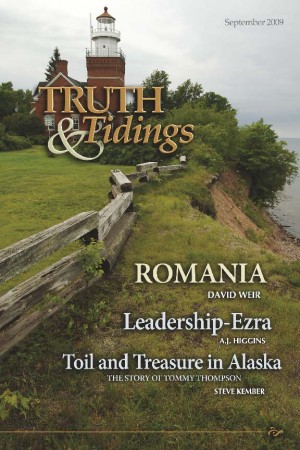 One of the most remarkable and yet unsung heroes of the Old Testament is a scribe named Ezra. He performed no great feats of heroism facing the enemy in battle or rescuing captives from the foe. He was not responsible for any recorded miracles throughout his life. He had no visions of God, visitation from angels, or crisis moments in his experience. Yet, when the final analysis is made, it is very likely that his influence on his generation as well as subsequent generations would be difficult to measure. It is very possible that along with the book which bears his name, he may well have been responsible for other historical books in the Old Testament.

Quietly and humbly, he arrives on the scene of Israel’s history. The canvas is already filled with other striking and charismatic men. Nehemiah will soon hold center stage. His forceful and dynamic manner commands respect and following. Haggai and Zechariah, while different from each other, have awakened the moral conscience of a nation. Priestly men have been active in setting up the altar and work on the house of God has been completed. Enter Ezra.

Away in Babylon, lost to others in the captivity, was a descendant of Aaron. A priestly man, his early years were dedicated to one great goal: he had prepared himself to know the law of God, to do it himself, and to teach it (Ezra 7:10). Who can tabulate the hours he spent pouring over the law of God? At times, those late night vigils must have been accompanied by tears as he would read of God’s law, realizing how Israel as a nation had broken that law and was now in bondage. The room of his small dwelling must have been saturated with the prayers that ascended for God’s mercy. Is it possible that there were times when, with bended knees, he consecrated himself to God with a view to the recovery of the people of God?

The order given in Ezra 7:10 is important to note. The priority was to give himself to know truth. It is vital that each man who leads God’s people must know truth. “Apt to teach” (1 Tim 3:2) does not mandate a public-platform ability; but it does indicate the need to be able to give the Scriptural basis for the faith. Exhortation is part of God’s plan for ministry, but teaching is fundamental.

But knowledge of truth is not in itself sufficient. Ezra committed himself to “do it” as well. Consistency for a leader is the make or break issue. To publicly preach one thing and then to fail to carry out what is taught deals a mortal blow to the confidence that the people of God have in the leader. While all fail and come short, it is the bent of a leader’s life and not the rare failure that is in view. Consistency is priceless to the value of a testimony.

Lastly, Ezra was committed to teaching the law of God to Israel. Silent, weary years were invested to be able to be the man God needed at that time in Israel’s history. That “the king granted him his request” (ch 7:6) further confirms that his great exercise was to teach the truth of God to the people of God. As he went to the people, the letter from Artaxerxes referred to the “law of thy God which is in thy hand” (ch 7:14); but it was in his heart long before it was in his hand!

Place for a Leader

Upon arriving in Jerusalem, Ezra is made aware of the failure and sin which had invaded the nation once again. Does he adopt a self-righteous and condemning posture? In contrast, he takes his place with the nation in a prayer of confession: “we have forsaken … our evil deeds and great trespasses … we again break Thy commandments … we are before Thee in our trespasses” (9:10-15).

Ezra wept and the people wept (ch 10:1) He linked himself with them in their failure and sin; he identified with them before God, confessing their sin as his own. Leadership recognizes that it cannot evade responsibility before God for the state of the flock. Yet what moral might it gave Ezra when the people saw his tears and heard his prayer! A leader must never distance himself from the flock, even when there is failure.

The princes did not have the moral strength to bring about reform (ch 9). God had been preparing His vessel before that vessel knew what God had in mind. His confession (ch 9) drew those who trembled (9:4). But soon there was a great congregation (ch 10:1); then all were gathered (ch 10:9). Such was the moral strength of this leader, that without berating or condemning, Ezra was able to galvanize the nation and bring about a spirit of national repentance.

The details of chapter 10 are worthy of personal study. “Yet now there is hope” (v 2) is an eloquent testimony to a man who could not only point out failure, but lead the way in recovery. To be able to inspire hope, to assure the people of God of the possibility of recovery and the welcoming heart of God, is no small task for a leader. Time and weather conditions did not hinder the movement. A second captivity is averted and a people planted in the land as a result of Ezra’s leadership. It was nothing less than a new beginning (10:17).

The long-range result of Ezra’s actions is at least twofold: the man who set out to teach the law to the people of God actually “beautifies the house of the Lord” (ch 7:27). But perhaps most important of all, he established the nation in the land so that divine purposes relative to the coming of Christ to the nation could be realized centuries later. All true leadership makes room for Christ as the center.