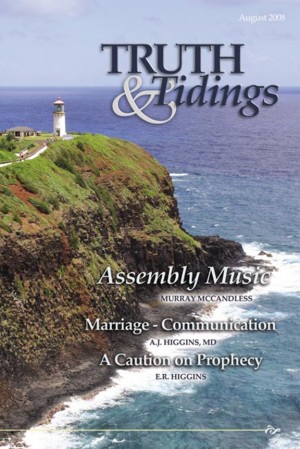 In light of John 13:3, “Jesus knowing that the Father had given all things into His hands,” is Jesus equal with God, His Father?

John’s gospel provides an insightful study into the relationships among the Father, Son, and Spirit. The initial statements of the gospel make it clear that Jesus Christ (John 1:17), Who is the Word Who became incarnate (v 14), has existed without beginning (v 1a), in a relationship (v 1b), as an identifiable personality and Person (v 2), and is fully God (v 1c). In substance He is equal with the Father and the Spirit. Each is fully God, yet none of the Persons of the Godhead is “a God,” for God is one (Deu 6:4), existing in indissoluble unity, and “there is one God” (Jam 2:19). This is beyond human ability to comprehend. God’s substance, nature, essence, and attributes can only be known by revelation from God and are fully revealed in the Son (John 1:18). The unity, equality, yet distinct personality of divine Persons is confirmed in the Lord’s words, “He that hath seen Me hath seen the Father” (14:9).

Some of these same passages, however, show that roles or responsibilities within the Godhead differ. While the Son does all that the Father does (5:19), yet He follows the Father’s leadership. The Son laid down His life “of His own accord” (10:18 ESV), yet in obedience to His Father (v 18c). He raised Lazarus, displaying God’s unique capability, “the glory of God” (11:40), yet was dependent on His Father (vv 41, 42).

So, when the Lord speaks about the Father’s giving “all things into His hands” (13:3), He is referring to differing responsibilities within the Godhead; each Person is equally God and yet possesses a distinct personality and responsibility.

Is the Lord’s deity limited so that His omnipotence and omniscience are only what the Father allows?

Humble deity unveils consummate worth. Limited deity unites contradictory words. Only God possesses omniscience (1Co 4:3, 5 – man’s judgment is limited, only God knows everything) and omnipotence (Rev 1:8). Without those attributes, He is not God. A God Who lacks knowledge or power could not be the God of creation (Pro 8:22-30), the God of Abraham, Isaac, and Jacob (comp. Rom 4:18-21), or our God (vv 23-25). A God Whose omniscience and omnipotence can be even temporarily limited, may find Himself on a cross without full knowledge of the Scriptures that must be fulfilled and without the power to complete redemption’s work. Unthinkable! “Jesus knowing that all things were now accomplished, that the Scripture might be fulfilled, saith, I thirst . . . When Jesus therefore had received the vinegar, He said, It is finished: and He bowed His head, and gave up the ghost” (Joh 19:28, 30).

The omniscience, omnipotence, or omnipresence of the Lord Jesus were not and could not be limited. Neither the Father nor the Son could “limit” the Son’s deity, for God cannot act contrary to Who He is. Nevertheless, all that the Son is, ever was, and will be is in full subjection to His Father. This was not temporarily true during “the days of His flesh” (Heb 5:7); it has been eternally true as “the Son of the Father” (2Jo 3). The roles and responsibilities of the Father and the Son were not temporarily assumed, for He Who lay prostrate in the dust of Gethsamane, His will subject to the Father’s, is the Same (Heb 1:12, JND) immutably.

Can we say unequivocally that God is fair?

Yes. We may wonder how it can be fair that “good people” suffer from unjust cruelty, which God has the power to stop. The Biblical answer to that will never satisfy the natural mind, which is alienated from and at enmity with God (Col 1:21). The conflict is clear: do we judge God by man’s standards or by God’s? For a man to make his own standards and then judge himself by his own standards would be patently unfair, but this differs from judging God by His own standards. History accords with divine revelation that man is a fallen creature (Gen 6:5), so that he will tailor his standards to suit his imperfections. The human objection to God’s fairness is two-fold evidence of man’s fallen state: man proudly desires the right to judge God (response to that appeal brought his fall, Gen 3:5) and is unwilling to honor the holy (perfect) character of God (Rom 9:14, 20).

From the Biblical viewpoint, the perfection of God is a proper basis on which to assess God’s fairness. All that God does and plans is fully consistent with every aspect of His character (Psa 145:9). He is unfailingly good, wise, and therefore right – just and fair (Rom 11:33-36). Therefore all that God does glorifies Him, being the expression of His unique perfection (Psa 19:1; 97:6). But far from being capricious and self-serving, God is gracious and good. His glory and the good of those who submit to Him are inseparable. In His wisdom and goodness, He is able to bring ultimate good out of the worst actions of rebellious humans. The cross is the indisputable proof of this.

Is God right to give humanity the capacity to make ethical decisions, so individuals can choose to obey or disobey Him? Is God right to allow humanity to express this disobedience? For individuals to chose to disobey God, but to then thwart their acts or remove the consequences of those acts, would be tantamount to removing their ability to choose. God therefore allows human disobedience so we will learn the value of submission to Him. God desires something better for man, therefore He allows us to learn the necessary, but bitter, consequence of that choice. God does not create the bitter consequence. Submission to His goodness, wisdom, and righteousness brings consequences consistent with His character. Disobedience move us into a realm inconsistent with His goodness, wisdom, and righteousness. No wonder it has a bitter taste!

God’s goodness and wisdom remove any valid reason to disobey Him. All this combines to affirm the inspired words, “The Lord is righteous in all His ways, and holy in all His works” (Psa 145:17).