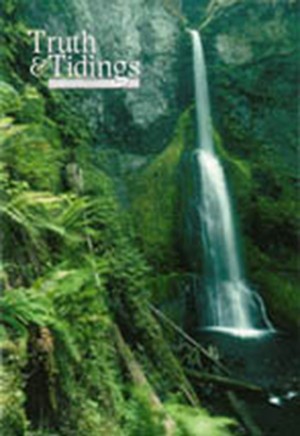 As believers, we do not operate in the political arena. Our main area of influence is in prayer at the throne of grace. We should, however, be sensitive to current political actions. At present the issue of illegal immigrants has taken center stage in the United States. What attitude should believers adopt?

On the one hand, there is the reality that gospel work in North America is prospering among these groups. It may be that there are many illegal immigrants among those hearing the gospel and responding to it. Some of these have been saved as a result of hearing the gospel, which they did not hear in their home country. Some come from areas where poverty, despair, and religious darkness and oppression exist. To think of their returning to those conditions and the spiritual oppression is a cause for deep concern to many who work with them. It would seem that we should be praying for legislation which will be favorable to amnesty of some sort being granted to them with a view to ultimate citizenship.

But it is not for us to claim infallible wisdom as to the mind and ways of God. There is another view. The Lord used the expulsion of Jews from Rome (Acts 18) for the purpose of spreading the gospel to Corinth. He used the persecution in Acts 8 to spread the gospel in every direction. The Lord in His sovereignty may allow an immigration bill like Congressman Sensenbrenner’s to be passed. By its requiring many immigrants to leave, such a law could further the gospel. We cannot tell. We, as always, must pray that the will of the Lord will be done, and not the short-sighted desires which mark us in our limitations.

Of equal concern, however, is our response to any legislation which is heavy-handed against immigrants. We will be faced with difficult questions if immigrants are classified as criminals, and not simply illegal. Do we shut our homes and our hearts to those in need? The areas of the most prosperous gospel work in North America are currently found amongst immigrant groups to whom the gospel is a new message. Do we obey a command from a government or do we obey a greater commission? These are all issues which we may have to face.

While we do not advocate or urge political action, prayerful action is imperative. While this legislation does not affect believers in Canada, we would solicit their prayers. As well, assemblies involved in outreach work among immigrant groups need to be exercised as to the God-honoring course in light of legislation. May the Lord enable us to be sensitive to His will and His ways.