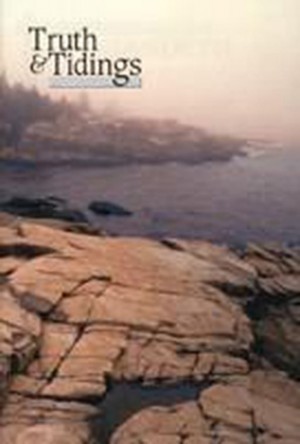 They said he wasn’t what he claimed to be; he wasn’t any kind of speaker. And his writing? Well, he could be pretty bold when he wrote, but that was just a sham. When he had to face you eye to eye, he was lowly, rather base, actually. He wasn’t an impressive man.

Strange how time and distance make such a difference! We have heard a few of the messages he preached. We think he was a master of the art. Each message is a model. We pore over his writings because they are inspired. We often hear people refer to him as the great apostle. As a man, we generally say that only the Lord excelled him.

How dare those arrogant, worldly, immature Corinthians talk like that!

So how did he speak to them? “Now I Paul myself beseech you by the meekness and gentleness of Christ” (2 Corinthians 10:1). Beseech? Meekness? Gentleness? Stand on your dignity, man! They are nobodies.

No, he would have been less a man if he had. He would not have been under the control of the inspiring Spirit of God if he had. He couldn’t have effectively spoken to us about Christ if he had. What value would his service have had if Paul had been less than consistent with his Lord?

Meekness – a gentle friendliness – marked our Lord, Who restrained any show of power on His own behalf. His almighty strength accommodated the weakness of others. Harshness and Christ are polar opposites. Paul adds the gentleness of Christ, Who was so reasonable, deferring to others, so fair, never pressing for His “pound of flesh.”

How many instances in the Lord’s life exemplify these graces! Meekness cascaded through His every word and act. With all the moral excellencies that shone in the Lord, the question is why Paul refers only to these two. Is it going too far to say that just a little bit of Christ – just a part of all the full radiance of His perfection – was sufficient to produce Paul’s gracious and remarkable response to the Corinthian censure.

A little bit of Christ! We love to hear about Him. Articles about this rejected Man of Sorrows weeping aloud (p. 146) touch us. That He is the unique Servant and Lamb central in the latter part of Isaiah’s prophecy and in the New Testament (p. 148) bows us in worship and personal appreciation. In contrast, the evidences of our fallen humanity flaunt their sickening shame. But is there no outcry for deliverance into something true, pure, lovely, Christ-like?