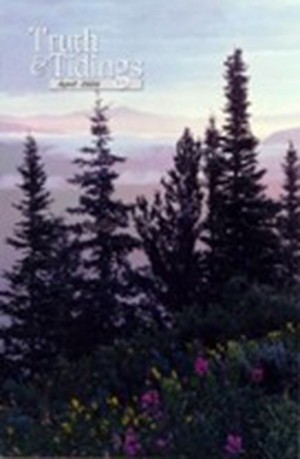 We have already considered the creation-based origin of marriage along with its Covenantal aspect in the Old Testament. But marriage is far more than being an institution and a covenant; it is a divinely provided sphere of life which God has gifted to mankind. Above every other relationship of life, there is, in marriage union, a marvel and mystery beyond understanding. We will now consider the divine ideal with some aspects of example as well as sad deviation from it. It is well known that in our day there are those who pray to Satan for the breakdown of family life. It behooves the people of God to pray earnestly for its preservation.

Some features of a home where God is honored:

1. There will be an atmosphere of spiritual contentment

This is beautifully described in Psalm 128 where a joyful man, surrounded by his family, is seen enjoying the fruits of his labor. The secret of such domestic bliss lies in the heart of this man. He is one that “feareth the Lord; that walketh in his ways.” His wife is seen as “a fruitful vine” by the sides of his house. The stability in this home is derived from the fruitful life and influence of a godly mother. The resulting joy is seen in children around the table like olive plants which are evergreen. How comforting to be surrounded with such freshness and vitality! And there is more, because he is one who has given first place in his life to Zion, the dwelling place of God. This has become the source of fresh blessing to him. As years go on he sees his children’s children taking their place in his family. It has been blessed by the Lord.

2. The Word of God will be prominent

Jehovah gave direction to His people through Moses that in their homes the Word of God was to be displayed (Deut 11:20), read, and taught by the head of the house (v 19). The regular reading of the Word of God is an important practice for every Christian home. It will bear fruit for the glory of God. It is clear from the reading of this chapter that it is not only recommending a daily reading, but that the Word of God would constantly be in view and referred to often in daily conversation within the home.

3. Prayer will be a regular practice

Many examples of prayer in the home are in the Word of God. Some have coined the phrase “they that pray together, stay together.” Jacob and Rebekah, at the outset of their life together, soon encountered problems which were beyond their own ability to solve. Isaac began to entreat the Lord on behalf of his wife, who was barren. A comparison of the dates in Genesis 25 will show that he prayed for about 18 to 20 years before the answer came. Job offered burnt offerings on behalf of his family, and, like him, we should protect our children through our prayers for them. Collective prayer at home is seen in 1 Peter 3:7.

4. It should be a place of generous hospitality

The New Testament emphasizes the importance of a home that is open to helping and encouraging those who do not have such a blessing. It also speaks of those who travel from place to place and need help and shelter. All such hospitality should be given with liberality. A consideration of Genesis 18:1-8 will reveal the attitude and activity of Abram in receiving strangers into his home. The lavish care was given in humility and with great enthusiasm. He did not know he was entertaining angels (Heb 13:2).

A brief review of some marriages:

Despite all that had taken place in Eden, Adam and Eve appeared to recognize the hand of God in their family circumstances (Gen 4:1). They knew that God, Who had created and made them, was also in control of human procreation as we know it today. The two sons born into that family each received the same love and care. Both were taught the same facts concerning God and creation, as well as sin and the fall. No doubt the teaching included the sacrificial means by which God had covered them after they had sinned. However, from that highly privileged family came the first murderer. Parents must be faithful in what they teach in the home, but they are not held responsible for the spiritual condition of their children. Isaiah records the words of God to Israel, “I have nourished and brought up children, and they have rebelled against me” (1:2).

Although Eli was a priest and judge in Israel with great responsibility and judged Israel for 40 years, there was failure in his family. His sons Hophni and Phinehas were men who “knew not the Lord” (1 Sam 2:12). While parents are not held responsible, in general, for the spiritual state of their children, God reveals some facts about this family: Eli had “honored his sons above the Lord” and had not restrained their evil ways (2:29; 3:13). Here we learn that a man’s standards in his home must be consistent with his standards in the House of God.

3. A family without children

Aquila and Priscilla were without doubt most helpful in the work of the Lord. There is no mention of a family but their home was used to great benefit in the various places where they lived. They were spiritually helpful to Apollos in expounding “the way of God more perfectly” to him. The description reveals they did this privately; there is little doubt it was in their home. Paul also enjoyed their hospitality and shelter and, when needed, the assembly had its meetings in their house (Rom 16:3-5; 1 Cor 16:19). Many a husband and wife since, although without a family, have gathered a spiritual family to themselves by hospitality, thus giving benefit and blessing to others and no doubt to themselves.

4. A family with an unconverted father

Acts 16:1 is not authority for a believer to enter into an unequal yoke. Timothy’s mother was a Jewess who had believed. His father is spoken of as a Greek with no reference to belief. Most likely they were married before the conversion of Eunice, and before the conversion of Lois, Timothy’s grandmother. There was spiritual devotion in these two godly women who first taught young Timothy the Holy Scriptures (2 Tim 3:15). This possibly took place before the women had been saved. But Timothy had also seen the effect of salvation in them. Paul could remember the unfeigned faith dwelling in them; he knew they had been a spiritual influence on Timothy. Here is an encouragement to all who are in this position. God honors a godly life lived before the unsaved. It will always be for the glory of God.