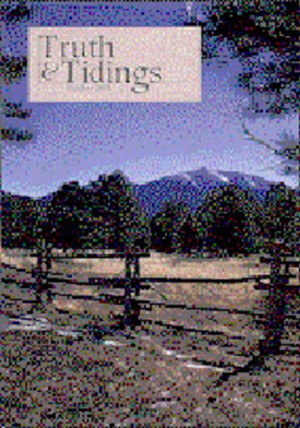 An account of how the Lord worked in Kirkland lake.

In the 1930s, brethren found work in the gold mines here. They met together for fellowship but returned to Charlton on the Lord’s Day to break bread. Mr. Widdifield and Mr. Miller had fruitful gospel meetings and the assembly commenced in 1938. The believers at that time included Wilbur Rodgers and Tom Clark.

In 1940, Ernie and Aubrey Dellandrea preached in Tom Clark’s home. John Smith’s bride and her mother were saved. John was a nephew of Ben Wittifield. They also visited surrounding towns and, in Matachewan, they were in contact with the Ferguson family. Years later in Nipissing Junction, Jackie Cook (nee Ferguson) sent her children to the local Gospel Hall. The family was later saved and her husband, Al, was later commended to full time service.

In 1950, Ernie Dellandrea purchased a lot from the Hudson Bay Gold Mine for 800 dollars and he, Mr. Widdifield, and the believers worked while the neighbors opposed the building of a “church” on their street. Bert Grainger (usually working over the border in Rollet, Quebec) and Harry McCready had the first series in the hall, at which time, some professed. In the 50s and 60s, James Clark, Mr. Bruce, Stan Simms, Earl Pears, and others had fruitful series.

In the 60s, Lawrence Aldred and Vernon Pratt had well-attended children’s meetings. In the early 70s, Reynolds Pratt also spoke to many children in his unique house that had a large room designed just for gospel work.

In 1972, Murray and Doris Pratt (nee Doherty) moved here. In the next ten years, five more young couples came to help the little assembly. In 1975, the assembly commended Murray Pratt to the work. Later, the Pratts moved to Kapuskasing where an assembly was planted.

In the 80s, college students from Iran, Lebanon, Sri Lanka, and Nigeria heard the gospel. Senan Eldon was converted from native magic and alcohol. Later in Nigeria, he saw several assemblies planted. A Moslem lady, Shohreh from Iran, was saved in 1994.

Over the years, Arnold Adams, Edward Doherty, Ken Moore, Larry Buote, Brian Owen, and others have visited. Gospel series have not always seemed fruitful at the time, but in later years teenagers have pointed back to particular meetings that stirred and helped them. Many souls have been saved in the regular gospel meeting. Often, the midweek prayer meeting is changed to a gospel meeting if an unbeliever is out and several have been saved in such meetings.