He lived 57 years. In today’s world, that is not a very long lifetime. But his was no ordinary life. C. H. Spurgeon lived a mere 42 years as a Christian, but he preached the gospel, in spoken and written word, to perhaps hundreds of thousands of souls.

His forefathers, of Dutch origin, fled from the Netherlands to England to escape the persecution of Christians by the Duke of Alva in the 16th century. Spurgeon was born on June 19, 1834, and the members of his family were faithful believers.

When he was 10 years old, his grandparents took him to a meeting of the London Missionary Society. The speaker that night was a man named Richard Knill, and he made a startling prediction as he met the boy. He said, “I feel a solemn presentiment that this child will preach the gospel to thousands, and God will bless him to their souls.” Little did he know the amazing way this little “prophecy” would come true.

Spurgeon was 15 when he was saved by God’s grace. It was a cold, snowy Sunday morning, the 6th of January, 1850. He had read many of the writings of the Puritans as a boy, and had become convicted of his own sinfulness. He later wrote “I could not have gone to heaven with my sin unpardoned, even if I had the offer to do it.” Such was the burden of his sin and the longing of his soul to find peace with God, he resolved to visit any and every house of worship so he might hear the truth he longed to hear. He visited a small primitive Methodist chapel, and heard the speaker preach from Isaiah 45:22: “Look unto Me, and be ye saved, all the ends of the earth.” Spurgeon recounted that the man seemed to look right at him and speak directly to him. Then he said, “Young man, you are in trouble; you will never get out of it unless you look to Christ.”

Spurgeon understood. At that moment, a lost sinner, he simply looked to the Christ of Calvary, and trusted Him as his personal Savior. A simple tablet still marks the spot in that little chapel on Artillery Street, Colchester, where Charles Haddon Spurgeon looked to Christ for salvation, and received eternal life.

“Look to Christ” was a repeated theme in his gospel preaching and in many of the hymns he later wrote. Shortly after his salvation, he developed a deep desire to preach the gospel. His father was a gospel preacher, and shortly after he was saved, Charles wrote “How I long for the time when it may please God to make me, like you my father, a successful preacher of the gospel. Oh, that I might see one sinner constrained to come to Jesus.” He started preaching when he was 16 years old and God blessed him from the outset.

When he was 19, he was called to London to preach. The need in this large city was great. He began preaching in a small Baptist chapel, to 200 at a time, but within a very short time, the building was packed, with 1200 attending each meeting. Plans were then made to construct the great Metropolitan Tabernacle, which held over 5000 souls. C. H. Spurgeon preached there, faithfully, for 31 years. It was said that there was scarcely a service that passed, when souls were not saved by God’s grace.

E. W. Bacon, who attended many of these gospel meetings, wrote these words: “Never has London, or anywhere else, seen such a God-honoring, Christ-exalting, Spirit-filled, Bible-based, soul-winning ministry; a ministry consecrated to the dual task of bringing together the sinner and his Savior, the saint and his Lord.” Of Spurgeon himself, Bacon said “He came from the audience chamber of the Most High and stepped into that large human auditorium, as the mouthpiece of God.”

His messages were printed in English, and then translated into Dutch, Spanish, French, German, and Italian, and distributed far and wide. To patients in hospitals, prisoners in jails, sailors on the sea, men and women in public and private, his words carried the call of heaven all over the world.

Spurgeon passed into the Lord’s presence on January 31, 1892, a worn-out warrior. He finally got to look into the face of the Savior he loved and for Whom he labored. Ever since his salvation, his theme had been “look to Christ.” When he was 16, he had written these words: “One joy, all joys shall far excel – to see Thy face, Immanuel!” Finally, God granted him his desire. More than 60,000 people filed by his body as it lay in state. On his coffin lay his Bible, opened to Isaiah 45:22: “Look unto Me, and be ye saved.”

One of his lasting hymns is #363 in the Believer’s Hymn Book. It most likely hearkens to that first resurrection morning, when the risen Savior miraculously appeared to His sorrowing disciples in the upper room. Now, we sing it with joy at the Lord’s Supper, as we see, by faith, the Lord Jesus in our midst. Spurgeon’s words, from his sermons and messages, are still often quoted by speakers and teachers today.

On a Sunday morning, his favorite theme of “Look to Jesus,” stirs our hearts as we remember our Savior.

Amidst us our Beloved stands,
And bids us view His pierced hands,

Points to His wounded feet and side,
Blest emblems of the crucified.

What food luxurious loads the board,
When at His table sits the Lord.
The wine how rich, the bread how sweet,
When Jesus deigns the guests to meet.

If now, with eyes defiled and dim,
We see the signs, but see not Him;
O may His love the scales displace,
And bid us see Him face to face.

Thou glorious Bridegroom of our hearts,
Thy present smile a Heaven imparts;
O lift the veil, if veil there be;
Let every saint Thy beauties see. 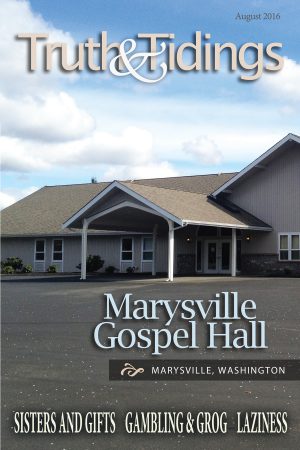