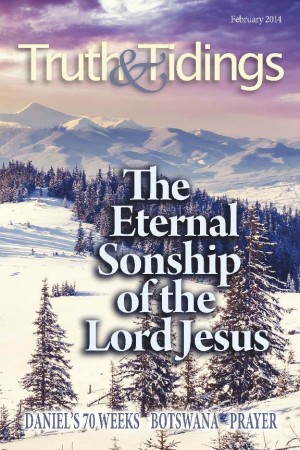 Why don’t we allow all believers to break bread on Lord’s day?

Peter wrote that we should “Love the brotherhood” (1Peter 2:17), “your brotherhood which is in the world” (1Peter 5:9, Darby). Brotherhood implies a family relationship and John wrote that “As many as received Him, to them gave He the right to be children of God” (John 1:12, Darby). Therefore, a person enters the family of God by faith in Christ allowing him to enjoy all the family privileges as a child of God.

In the New Testament, though, entry into the privileges of a local assembly is a very different matter. After Peter’s convicting sermon on the day of Pentecost, “they that gladly received his word were baptized: and the same day there were added unto them about three thousand souls. And they continued stedfastly in the apostles’ doctrine and fellowship, and in breaking of bread, and in prayers” (Acts 2:42). The rest of the New Testament makes it clear that salvation is a requisite for baptism (Matt 28:19). Therefore, this verse is not giving a list that can be checked off in any order. Rather it is the step-by-step progression to enjoy the privileges and share in the responsibilities of a local assembly. Clearly, the apostles required that every person who would participate in the Breaking of Bread had to have received the Word (be saved), be baptized, be added to a local New Testament church, and be holding the apostles’ doctrine. On this basis, then, they would be part of the fellowship of a New Testament assembly expressed in the Breaking of Bread and the prayers.

Therefore, Acts 2:41-42, allows for three cases where a true believer could not participate in the Breaking of Bread: 1) He is saved, but not baptized. 2) He is saved and baptized, but has not been added or received into a local church. 3) He is saved, baptized, and in a local church, but either he or the church does not hold the apostle’s doctrine written in the New Testament.

In Corinth, Paul described the situation where the “whole church be come together into one place … and there come in those that are unlearned or unbelievers” (1Cor 14:23). In agreement with the cases gleaned from Acts 2:41-42, unbelievers who have not received the Word and the unlearned who have not assimilated the apostles’ doctrine are not part of the “whole church.”

The New Testament also gives us three ways a believer can be disqualified from the privileges of the assembly including the Breaking of Bread. In 1 Timothy 1:19-20 we see two men who lost the privileges because they developed and held wrong doctrine. This is a reminder that New Testament fellowship is not based on being a believer, but rather the sharing of doctrine. These men essentially return to the seat of the unlearned and need to be convinced of truth according to the Word of God.

The second form of disqualification comes when there is sin against a brother and a refusal to admit one’s error (Matt 18:17). In this case, this man is acting like a “heathen man or a publican;” or in the language of 1 Corinthians 14:24, an unbeliever (ESV). Therefore, he, too, is disqualified from all the privileges of the assembly including the Breaking of Bread.

Finally, disqualification occurs when a brother commits moral sin such as the six sins listed in 1 Corinthians 5:11: fornication, covetousness, idolatry, railing, drunkenness, or extortion. Obviously, any believer involved in these activities that contaminate the testimony, is prohibited from breaking bread and from all other privileges of the fellowship. These sins are common to the unsaved (1Cor 5:10), so to be involved in them is to act as an unbeliever who cannot participate in a local church.

So, while we are to love every brother and seek his best, we must not confuse family fellowship with assembly fellowship. Similarly, we must not confuse being placed at the time of salvation into the body of Christ, His Church, with reception into the local fellowship. To allow a disqualified man to participate in the Breaking of Bread or any other privilege of the assembly would NOT be an expression of love toward him (1Cor 11:29-30) as it would put him in danger of divine discipline. Above all, it would be disobedient to the Lord Whose authority and name must be upheld with humility and holiness.

Is the breaking of bread always linked with a local church?

The concept of breaking bread is first used when Jesus gave thanks for the bread and broke it for distribution to the multitudes of 5000 (Matt 14:19) and 4000 men (Matt 15:36) beside women and children. While the emphasis is on the actual bread in some passages, he clearly did the same with the fish as well. So it refers to the literal preparation and taking of food for consumption. In the exact same sense, Paul took bread and broke it on a ship, distributing it to the 276 passengers and crew for nourishment (Acts 27:35).

The physical act of breaking open a loaf of bread or breaking a piece of bread from a loaf to eat it became an expression to describe a common meal. This is evident when Jesus appeared to the disciples when they were eating together. Later, they reported that, “He was known of them in breaking of bread” (Luke 24:35).

In the institution of the Lord’s Supper, the Lord Jesus “took bread, and blessed it and brake it” (Matt 26:26; Mark 14:22; Luke 22:19). On that occasion after eating the Passover meal, He assigned a specific symbolism to the bread, which represents His body, and the cup, which commemorates His blood. Paul uniquely writes about the local assembly in 1 Corinthians recounting the same institution calling it “the Lord’s Supper” (1Cor 11:20). Therefore, this specific breaking of bread is a special meeting of a local church, which is not to give nutrition to the body, but to symbolically obey His command and remember Him (1Cor 11:24). Therefore, “breaking of bread,” can refer to either a regular meal or the specific commemoration meeting of a local church also called the Lord’s Supper.

In Jerusalem, the 3000 people who received the word were then baptized and added to the first local church. “And they devoted themselves to the apostles’ teaching and the fellowship, to THE breaking of bread and THE prayers” (Acts 2:42, ESV). The article, “the,” helps distinguish the breaking of bread from an ordinary meal just as it does the prayer meeting from any other time of prayer. Just four verses later, though, it says that when these same believers were “daily … breaking bread in their homes, they received their food with glad and generous hearts” (Acts 2:46, ESV). Clearly, this is a description of their social friendship and practical interaction, enjoying conversation around the table at a common meal.

In Troas, Paul waited for “the first day of the week, when the disciples came together to break bread” (Acts 20:7). Surely the disciples were not going the whole week without a common meal. Paul waited specifically to celebrate the Lord’s Supper with the local church in Troas on the first day of the week. Afterwards, Paul preached late into the night and Eutychus fell out of the window. After he was revived, Paul went “up again, and had broken bread, and eaten” (Acts 20:11). The eating confirms that the breaking of bread here is the eating of a meal with the believers from the Troas assembly. It would have provided sustenance for a recently resurrected youth, much like Jairus’ daughter (Mark 5:43).

Many feel that early believers frequently shared in a meal either before or after the Lord’s Supper, which Jude alludes to as “feasts of charity” (Jude 1:12). It should not surprise us that believers in a fellowship would want to show hospitality and enjoy common meals together. Likely that led to the confusion in the assembly in Corinth and is a warning to keep the two distinct.

Therefore, breaking of bread may refer to a regular meal where people eat together or it may refer to the assembly meeting called “the Lord’s Supper.” We must let the context determine which meaning is intended.