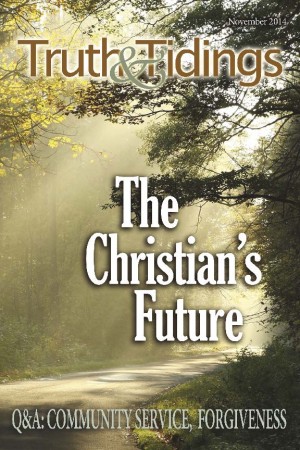 Paul said that “longsuffering is salvation” in all his epistles as well as the epistle written to Peter’s readers. Clearly, Peter does not mean that Paul wrote explicitly things such as “the riches of His … longsuffering; not knowing that the goodness of God leadeth thee to repentance?” (Rom 2:4) in all his epistles, but that the general thought was always implicitly present as a theme.

He wrote again in Romans, “What if God … endured with much longsuffering the vessels of wrath fitted to destruction” (Rom 9:22), and, even later, wrote about himself. “That in me first Jesus Christ might show forth all longsuffering, for a pattern to them which should hereafter believe on Him to life everlasting” (1Tim 1:16).

Peter placed Paul’s epistle to his readers among the other Scriptures, the inspired writings. He produced inspired writings by “the wisdom given unto him,” which wisdom Peter also had in writing to them. However, the spiritually untaught and unstable people, who subsequently twisted (wrested) the Scriptures that Paul wrote, were seeking to further their own erroneous arguments, realizing that good souls respected Scripture. However, in trying to destroy Scriptural truth, they destroyed themselves. Note the word “destruction” here refers to the ruin of well-being, not the annihilation of being. We should rest, not wrest, when it comes to the Scriptures.

In Paul’s writings, there are some things hard to be understood, but not impossible. After prayerful study, they can often be understood. It was probably these passages that the untaught and unstable twisted for their own perverted purpose, using people’s hesitation about the meaning to their advantage. We should remember that “No matter what problems we have in understanding the Bible, we can thank Him that He has revealed sufficient truth to win our hearts, guide our steps, and bring us to heaven” (D. J. de Haan).

In the light of what Peter said, the readers were finally told, “knowing [these things] beforehand, be constantly on your guard, lest having been carried away by the error of unprincipled men, you fall from your own steadfastness” (paraphrase by Kenneth Wuest, 1893-1962).

Some have found the above arguments about Peter saying that Paul wrote Hebrews quite convincing. One of them was the able Bible scholar Arno Clement Gaebelein (1861-1945) who wrote, “The epistle which Paul had written to the same Jewish Christians to whom Peter wrote is without question the Epistle to the Hebrews.”

Even though the author was well known to the recipients, and they to him, (6:9-10; 10:34; 13:7, 9), what is clear is that he went to great lengths not to include his name or theirs. Irrespective of who wrote the epistle, it seems clear that neither the subject matter nor the particular readership lent themselves to the author mentioning his name, let alone claiming his apostleship as Paul usually did in his epistles.

The fact that Paul was not the apostle to the circumcision was one good reason for withholding his name. Given the whole tenor of the opening of the epistle, that God had spoken through His Son, this was not the place to call attention to human authorship at all, whoever the author was. One deduction that has been drawn is that “the author … was led by the Spirit to suppress, both his own name, and the name of those to whom he wrote. Almost every line of it, however, bears witness that it was addressed to Hebrew believers, and there are in it a number of small allusions which make it pretty certain that it was written by Paul. If so, then we have in it that epistle to Jewish believers which Peter, in his second epistle, mentions as having been written by ‘our beloved brother Paul'” (J. N. Darby).

Without Paul having actually put his name to the epistle of Hebrews, we cannot be absolutely certain about his authorship, but we can say he could have been the author. If readers are happy with the arguments raised above, they might want to agree with the 19th century Scottish theologian John Brown (1784-1858), who sensibly wrote, “After considering with some care the evidence on both sides of this question, I am disposed to think that, though by no means absolutely certain, it is in a high degree probable, that this epistle [Hebrews] was written by the apostle Paul.”

This discussion has not included any extended consideration of the words, phrases, or literary construction of the Hebrew epistle as compared with Paul’s known epistles. This can be found in the appropriate scholarly books, which however, as a suitable search of the internet will reveal, argue both ways as to the Pauline authorship of Hebrews. While we do not think it necessary to say with some that we can get around the problem by imagining that Paul wrote the epistle in Hebrew and someone, perhaps Luke, translated it into eloquent Greek, it is nevertheless easy to picture that Paul, who usually wrote in haste to correct problems, had more time, perhaps, to write and give more careful consideration to his style. Was this, for instance, during his first Roman imprisonment? This would certainly fit with the reference to Timothy in the last chapter.