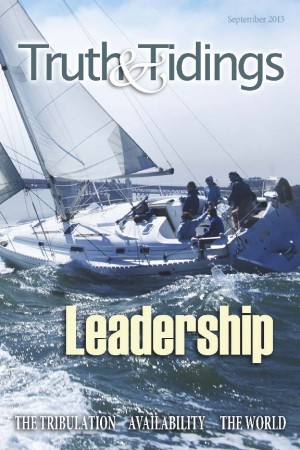 Could you explain “Death hath no more dominion (lordship) over Him” (Rom 6:9)?

The use of the verb kurieuo which is translated “hath dominion” (AV) means “to be lord over, rule over, have dominion over” (W.E. Vine). The use of this term in this epistle is interesting:

In our union with Christ as believers there remains only One with the rights of lordship, the One Whom each confessed as Lord in our salvation (Rom 10:9). This is the very One Who indeed, for a short time, relinquished that right over His own body.

There is but one period when an observer would think that Christ was under the lordship of another. This came about when Christ accepted the penalty for sin, and taking the place of the guilty, died on the cross at Calvary. Scripture is careful, and each Gospel record shows that it was a deliberate act of Christ to allow His body to be claimed by death. Luke records it thus: “‘Father, into Thy hands I commit My spirit,’ and having said thus He gave up the ghost” (Luke 23:46). That period was the time when, between His death and resurrection, His body lay in the tomb of Joseph of Arimathaea. To the world it looked as if death had conquered and claimed dominion. That thought was soon shattered when, after three days and three nights in the tomb, Christ arose!

Verses 1-8 show Union with Christ in His Death: The Tree.

Believers show this in their baptism; buried with Him because they are co-crucified with Him. What a union this is! Each believer should know this:

1. “That the old man was crucified with Him.” The old man is not the flesh nor is it the old nature – not part of me, but all of me – the man I was up to the moment of conversion. God could only judge me and the sentence was death.

2. “That the body of sin might be destroyed” (powerless). The physical body that had become the vehicle of wrong actions, appetites, associations, and ambitions received the death penalty. “We died with Christ” (v8).

3. “That henceforth we should not serve sin.” That previous slavery was ended by death. The believer now serves a new Master. My Lord!

Verses 9-14 show Union with Christ in His Life: The Throne.

Verses 8-9 Logical Conclusion – “If we died with Christ we shall also live with Him.”

Not resurrection but the future tense is the logical future. His new life is shared with everyone united to Him in death. We share that life now. Having taken a body back to glory, raised from the dead, He dies no more.

This is the life believers share now and will enjoy forever because “death hath no more dominion over Him.” Thus

1.The Promise of Salvation (vv8-9). If we died with Christ we shall also live with Him.

3. The Plea to the Saved (vv12-14). Sin no longer has any right over you. Don’t bow to its claims. “Sin shall not have dominion (lordship) over you.” The Lord to Whom the believer bows is the Lord Jesus Christ.

This theme will be completed in the next chapter where reference is to the law. It can only make claim on a living person so our death with Christ puts us beyond its power. “The Law hath dominion over a man as long as he liveth” (Rom 7:1).

Thus the believer, through union with Christ, is beyond the dictate of death, sin, and law. Each believer has eternal life!