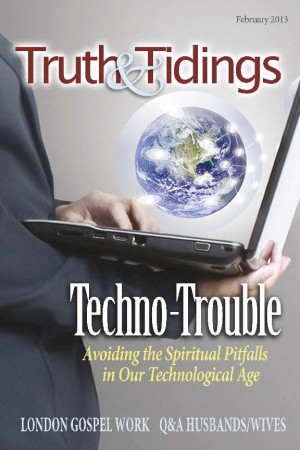 The Old Testament has 39 books divided into 3 sections:

a. Genesis – Deuteronomy – 5 books of the law

b. Joshua – Esther – 12 books after entering the land of Canaan

a. Isaiah – Daniel – 5 books of the Major Prophets

b. Hosea – Malachi – 12 books of the Minor Prophets

It took over 1400 years to write all these books but there is a divine purpose and a golden thread linking all together; there is a perfect order.

Introduction to the Pentateuch

• born and brought up
• ways of God with men
• ruin

• redeemed and brought out
• work of God for Israel
• redemption

• sanctified and brought in
• worship of God in the sanctuary
• reverence

• guided and brought through
• witness of God in the wilderness
• responsibility

• instructed and brought home
• wealth of God in the inheritance
• realization

Genesis means “the beginning,” and is called “In the beginning” by the Jews. It gives us an inspired account of creation, the fall of man, and his recovery through the shedding of blood by sacrifice. It begins by telling us of seven literal days when God created the heavens and the earth. He worked for six days and rested on the seventh.

Then it gives us the biography of seven men: Adam, Abel, Noah, Abraham, Isaac, Jacob, and Joseph. It ends with seven years of plenty and seven years of famine in Egypt and with the result of that famine. Seven is stamped on the structure of Genesis.

We also have the great lesson of the second birth, the new birth – regeneration. Adam had two sons Cain and Abel, Abraham had two sons Ishmael and Isaac, Isaac had two sons Esau and Jacob, and Joseph had two sons Manasseh and Ephraim. In each case the firstborn was set aside and the second found acceptance. We can apply this to the need of a second birth. The book commences with a man in Eden in fellowship with God but it ends with a man in a coffin. This is what sin has done to humanity: “Wherefore, as by one man sin entered into the world, and death by sin; and so death passed upon all men, for that all have sinned” (Rom 5:12). We learn the lesson that we must be born again.

Exodus means “the way out” or “going out.” It is a book of deliverance and brings before us the truth of redemption. It begins with the bondage of Israel in Egypt and ends with the erection of the tabernacle and the glory of the Lord filling it. From groaning under the whip they are brought to singing to God. It must have been a great sight to see such a multitude, about two million, leaving Egypt in orderly rank. Chapters 1-18 show how God redeemed and delivered Israel out of bondage in Egypt and established a relationship with them. This relationship was reinforced later by the covenant made at Sinai. Having been delivered from the bondage in Egypt by God, Israel owed allegiance to Him and was responsible to obey His word and carry out His commandments. On the journey, Israel passed through the Red Sea on dry land and then saw the Egyptians, who had been pursuing them dead upon the sea shore.

In chapters 19-24 we have the giving of the Law and in chapters 25-40 God gave them details for the tabernacle. Instead of building treasure cities for Pharaoh, Israel now builds a tabernacle for God to dwell in their midst. We learn that God redeems us from sin so that He might dwell in our midst when we are gathered unto His Name (Matt 18:20).

Leviticus gets its name from the Levites and the Levitical priesthood. The main subject of the book is sanctification, but it also deals with worship, which God seeks: “But the hour cometh, and now is, when the true worshipers shall worship the Father in spirit and in truth: for the Father seeketh such to worship Him” (John 4:23). The contents are legislative. The epistle to the Hebrews serves as a commentary on this book. Sanctification involves drawing near to God and thus, from the beginning of the book, the Lord speaks out of the tabernacle in which He dwelt. The communications of God depended upon His presence in the tabernacle (see v1). The expression, “The Lord spake,” occurs about 35 times in the book. In chapters 1-7 we have the offerings and their laws. All of this looks forward to, and typifies, the one perfect sacrifice of Christ. In chapter 8-10 we have the consecration and administration of the Priesthood. In chapters 11-15 there are ceremonial laws in relation to food, defilement, and disease. Chapter 16 deals with the Day of Atonement. The subject of holiness in every aspect of life is dealt with in chapters 17-22, while chapter 23 deals with the Feasts of Jehovah, and chapter 24 refers to light and judgment. The closing chapters 25-27 bring before us the Sabbatical year, the year of Jubilee, and Jehovah’s charge. Vows and tithes are also touched upon here. This book emphasizes that we are to be holy in every sphere.

Numbers takes its name from the numbering of the people in chapters 1 and 26. It is a book of sojourning and shows how Israel was directed by God in the wilderness. It is also a history of Israel’s failure, for instead of marching straight to the Promised Land they had to sojourn for 40 years before entering into Canaan. In the first four chapters we have the numbering of the people, the ordering of Israel’s encampment, the numbering of the Levites, and their service. In chapters 5-6 we have the laws of leprosy, jealousy, and the Nazarite vow. Chapter 7 gives us the dedication of the altar and chapters 8-9 deal with laws for the priests and for the people. In chapters 10-14 we have the journeying and murmuring of the people, and the expedition and report of the spies. Chapters 15-19 give us further laws and the rebellion of Korah. Chapters 20-36 record the death of Aaron and also deal with the events and laws of the last year and the parables of Balaam. In chapters 1-19 we have the old Israel, i.e., those who came out of Egypt who were now over 20 years of age. The closing chapters take us to the end of the wilderness journey and show us the new Israel. Through it all there is the theme of guidance, how God led them through the wilderness by a way they knew not. Then God recounts the whole wilderness journey and mentions every place they came to and every place where they encamped. He tells how He guided them unerringly through the 40 years in the wilderness. We learn here the importance of guidance. As Peter tells us, we are strangers and pilgrims and this world is a wilderness but God will guide us through the wilderness just as He guided His people of old (1Peter 2:11-12).

This is the book of home going. It starts in the first 11 chapters by telling us of the way the Lord led Israel, the covenant He made with them, their unbelief, and the tables of the law being placed in the ark. In chapters 12-29 we have various commandments, the blessings of obedience, and the curse of disobedience. In the closing five chapters there are things to come, the song of Moses, his blessing of the tribes, and his death. God took him to the top of Pisgah and showed him the Promised Land, and then Moses went home to be with God. It reminds us that we are but at the border of heaven, that God is one day going to take us home to be forever with Himself. The book contains a review of all the way the Lord led them – their failings, their feebleness, their faithlessness; but it also tells of the unchanging faithfulness of God – His undeviating goodness, His unceasing grace, His unrelenting mercy that followed them all the way. When we get home we will bless God that He led us all the way. Here we learn that God will fulfill His promise and take us home despite our failure.