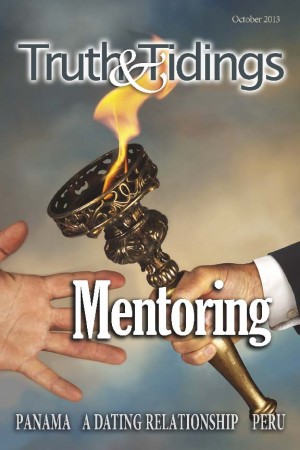 “I have glorified Thee on the earth: I have finished the work which Thou gavest Me to do. And now, O Father, glorify Thou Me with Thine own self with the glory which I had with Thee before the world was” (John 17:4, 5).

The emphasis in these articles has been on words which the Son of God alone could use. It is obvious that He used common expressions as occasion arose, e.g., “Give me to drink” (John 4:7); “I thirst” (John 19:28). But much that He said was singularly peculiar to Him. Readers may see a similarity between the words quoted above and those of Paul in 2 Timothy 4:7: “I have fought a good fight, I have finished my course, I have kept the faith.” But the distinction is more marked than the similarity. The statements of John 17:4 may be taken as one (see ESV). When the Lord speaks of having glorified the Father, it is to be taken in its absolute sense; that is, in every situation and at every moment of His holy life He glorified the Father – all this at the level of divine perfection. In finishing His work, He did it completely and with absolute perfection leaving no part or no detail undone.

Volumes have been written on the life and death of the Lord Jesus, but with the aid of a few verses in John 1 we may be able to bring together some major themes in connection with the purpose of His coming.

John the Baptist could only point to the Savior, but the Lord Himself could, and did, give the life of God to all who received Him (1:12-13). He manifested a glory unique to the only begotten of the Father. Being “full of grace and truth,” the riches of His grace were seen to be more sublime in that they were manifested in perfect righteousness (1:14). Thus in every word and action the “only begotten Son which is in the bosom of the Father” has declared Him (told Him out, Newberry).

True image of the infinite
Whose essence is concealed,
Brightness of uncreated light
The heart of God revealed.

What do His healing miracles tell us about God? What can we trace in the raising of the dead and in the casting out of demons? God is compassionate concerning the ills of the human race. The Savior’s tears at the grave of Lazarus tell of the divine compassion in a scene of death. But the triumphant raising of the dead as well as the healing of the sick are foregleams of a day that is coming when God’s purposes will be fully realized “and there shall be no more death, neither sorrow, nor crying, neither shall there be any more pain (Rev 21:4). His victory over the powers of evil, tell of a day when at last the devil and his angels shall be banished forever (Rev 20:10).

Without doubt the death of the Lord Jesus is included in the “finished work” of John 17:4. Over 40 years ago the present writer was pleased to receive a recording of ministry on John 17 given by the late Mr. William Trew (1902-1971). When commenting on this verse he said: “The Son/Servant glorified the Father in the accomplishment of the work with which He had entrusted Him. The Father put a work into His hand which only He in all the vast universe of God was capable of accomplishing. The Son became the Son/Servant in order that He might do a work in His death that would serve the salvation of men in absolute consistency with every attribute of God, doing it in a way and by a means that would magnify forever every attribute of God and cover His eternal throne with everlasting glory.”

Approaching the words, “And now O Father, glorify Thou Me,” we remember that we are observing the conversation of one member of the Holy Trinity with another. This is holy ground. Taking account that the verb “glorify” is in the imperative mood, we stand back in amazement to be permitted to follow such a conversation. The Son, on evident terms of absolute equality with the Father, calls for His return to the position and possession of glory that was His eternally. This involves “resurrection.” Whatever difficulties may appear to the human mind in resurrection, divine power overcomes them all. In the demonstration of the exceeding greatness of the divine power operating in the resurrection and ascension of Christ, we may be able to perceive something of the tremendous force which resisted it. He arose “with a mighty triumph o’er His foes.” From the Mount of Olives He was taken up, and He went away into the heavens, passing through the serried ranks of all principality and power and might and dominion, until He came to the Throne of God and He sat down, as man, in the manifested glory of His essential deity. He has told forth the Father. The Father has responded in the answering glory of resurrection and exaltation. The amazing statement “He that hath seen Me hath seen the Father” (John 14:9) has been authenticated for ever.