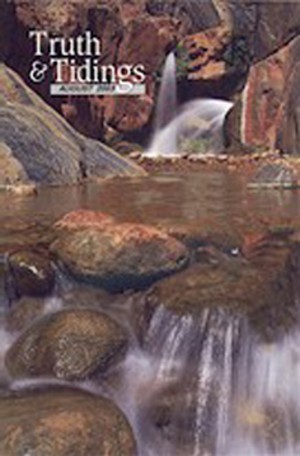 The first psalm of Asaph is Psalm 50, in the second book of Psalms (Psalms 42-72). Since the five books of the Psalms relate to Moses’ first five books, the Pentateuch, this psalm fits in the “Exodus book.” Its references to Israel’s covenant and to the devouring fire refer to Exodus 24. In it, God is the Judge to whom they are accountable for their promise to keep His law. The remaining eleven psalms of Asaph (73-83) begin the third book of the Psalms (73-89), the “Leviticus book.” Fittingly, Asaph was a Levite of the family of Gershom (1 Chronicles 6:43), a man of the sanctuary.

This Man Among Holy Men

Why was Asaph among the “holy men” whom the Spirit moved in inspiration (2 Peter 1:21)? He was a song-writer, singer, servant, scribe, and seer (2Ch 29:30; 1Ch 6:31; 16:4; 25:1, 2). As seer, he spoke for God (1Ch 25:1, 2), sharing His viewpoint. As scribe, he recorded the events of the kingdom, a man sensitive to history. As servant and singer, he served before the ark and sang praises to God. As an inspired song-writer, he schooled Israel in essential truth which their singing etched on their memory. He was a man, then, who knew His God, traced His ways in the past, loved His sanctuary, and praised Him with song, all marks of a holy man.

His relations with others are noteworthy. Chosen by the chief men of his tribe, he was one of three: Heman, Asaph, Ethan, a Kohathite, Gershomite, and Merarite. Heman’s brother (of the same tribe), Asaph stood at his right hand (6:39). Thus, he was respected by his leaders and supportive of his brothers. When David brought the ark to Jerusalem, Asaph was “the chief” of the singers. From that time onward, his name appears first among the singers. Perhaps his advancement resulted from his expressions of joy when God had His proper place among His people.

His name is linked with his family, who shared his joy as they sang together (2Ch 5:12). His influence permeated his family through Solomon’s, and perhaps even Hezekiah’s, reign (2Ki 18:37).

This is a holy man, molded by the Spirit for His purpose.

These Psalms Among Inspired Psalms

Asaph bemoaned Israel’s spiritual condition and the dishonor this brought to the Lord. Either he remembered the times of the judges and Saul when Shiloh, God’s dwelling, lay in ruins, or he was speaking prophetically of the future sad days of Israel’s departure. In either case, his songs stress essential truths for Israel’s testimony and ours: God’s dwelling in the midst requires holy living; God’s past dealings assure that He will complete His purpose for His people; God’s greatness inspires praise, no matter what the circumstances may be.