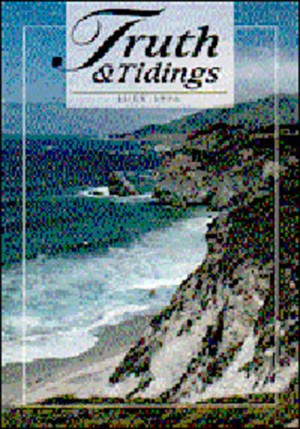 Another touching scene is before us as Israel is drawing near to the end of their wilderness journey. The many testings should have taught them their total dependence on their God, who had so often proved himself to be all sufficient.

Once again Moses and Aaron are found on their faces before God in this trying scene. Abundant supply was awaiting them as they were brought before the second rock from which waters were to flow forth.

New lessons were to be set before them, lessons they should have learned long before, but failed to take in, lessons not only for them but for ourselves today.

Are we not slow to take in our Deliverer’s present work of ministering before the throne on our behalf? As with Israel, failures are many, yet thank God for Christ’s present work for us.

“The Lord spake unto Moses saying “Take the rod'”, but not the one used in Exodus 17, that one had smitten the river of Egypt turning it to blood, and then smote the rock from which flowed the water that met the need of a thirsting people. This rod, known as Aaron’s rod, along with eleven others had been laid up before the Lord (Num 17:8). It alone had “budded, bloomed blossoms and yielded almonds” all in one day, proving that Aaron was God’s appointed high priest. Moses took this rod of Aaron’s into his hand and gathered the whole congregation of Israel before the rock. This was a high, towering rock, speaking of Christ exalted, different than the low rock of Exodus 17. It was not to be smitten, but simply spoken to that the waters might flow down from it. The Rock is Christ (1 Cor 10), now no longer to be smitten, but in this Moses sadly failed in a three fold way. “Here now ye rebels (it was not for him to call Israel rebels), must we bring you water? “Moses could never have brought water from the rock. Then instead of speaking to the rock, he smote it twice. God is faithful even when His servants fail. “The water came forth abundantly and the congregation drank and their cattle also”. But Moses and Aaron, for their disobedience, were deprived of entering the land.

From the many solemn lessons to be gathered, we would center our thought on the importance of the Rock as Christ and his present ministry on our behalf. As a redeemed people, our daily living requires a continual ministry. This is to be found alone in the One living before the Throne of Grace. His priestly work for a failing people today is, I fear, little entered into by believers. Just as wilderness scenes prove what is in us, so they prove what is to be seen in our Great High Priest. He has “ascended into heaven itself, now to appear in the presence of God for us” (Heb 9:24).

Now it is ours to come boldly unto the throne of grace, to One that was tempted in all points like as we (sin apart) and there find grace to help in time of need (Heb 4:15-16).

He is called a Great High Priest (Heb 4:14), there being none to compare to Him. Melchizedek was “like the Son of God” (Heb 7:4) in two ways. He had “no beginning of life and no end of days”. What a beautiful type of our King Priest who lives by the power of an indissoluble life (Heb 7:16). Well might we consider how great He is! How inadequately we are able to set Him forth in all His splendor, yet thank God He ever liveth to make intercession for us. May we value our High Priest and appreciate Him more, who was so beautifully pictured in the Rock of Num 20 with the budding, flowering and fruitbearing rod before it. “He is able to save to the uttermost all that come unto God by Him” (Heb 7:25).